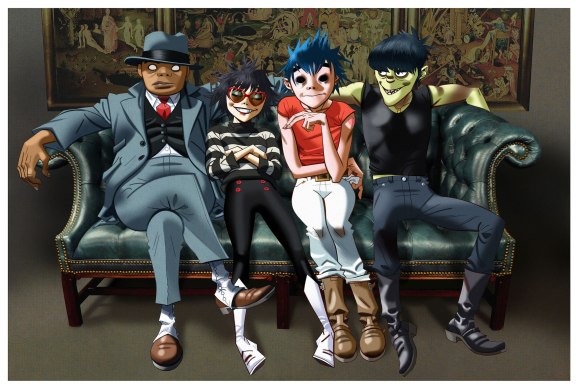 Glimpse inside the weird and wonderful universe of virtual band Gorillaz for the very first time with the release of what they are calling a mixed reality app.

Designed to coincide with the release of their new album Humanz, the Gorillaz App will allow fans to immerse themselves in the world of Gorillaz and join Murdoc, 2D, Russel and Noodle at home in the Gorillaz House.

To celebrate the release of the new album, fans will be invited – via the app – to the Humanz House Party, an exclusive worldwide listening event which will allow fans to hear the new album in full for the first time.

The Humanz House Party will be the largest ever ‘geo-specific listening experience’ bringing people together across 500 locations, from Tokyo to Santiago.

Developed by Gorillaz and B-Reel with support from Deutsche Telekom, the fully immersive mixed-reality app is a unique blend of real world, AR, VR and 360 environments, using the technology in a narrative context for the very first time.

Gorillaz will headline the recently announced, sold-out Demon Dayz Festival at Dreamland Margate on 10th June. Full details of dates scheduled for later in the year, will be announced soon.

Download the app on both Apple and Android mobile devices here: