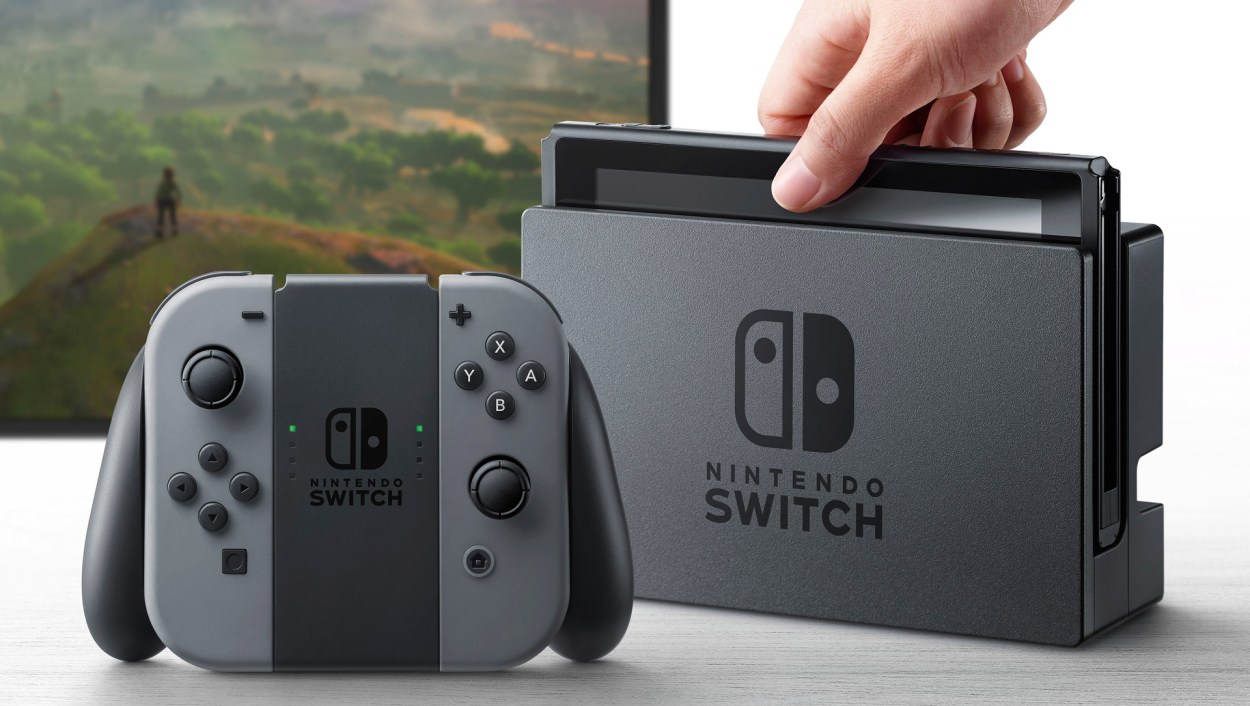 The new year has arrived and with it a possible golden age for games consoles too. The Nintendo Switch is officially unveiled today (January 13, 2017) and it is seen as an important step for the Japanese giants. But a step in which direction? Games blogger Joshua Mason and Tech Digest publisher Chris Price report.

We have had the opportunity to learn a few things about the latest offering from Nintendo so far. Although US viewers saw its debut on the Jimmy Fallon show in November, it was a video released a month earlier on Nintendo’s YouTube channel which garnered huge excitement among hardcore fans.

It was really the first chance too see what Nintendo was hiding up its sleeves and will be adding to its arsenal of consoles.

The first big surprise was the name. Knowledge of a new console has been around for a few years but it was under the name NX, not Switch. The new name is not only a branding change, but a clue as to the concept of the console.

Expected to launch on March 3rd for £279, the Nintendo Switch is being billed as multipurpose console able to perform functions that no one single gaming platform has been able too. Until now.

At its simplest, it’s a home console which plugs into a TV. It will play at 1080p and offers more advanced graphics than those seen in the Wii U. And although it’s not expected to match the Playstation 4 and Xbox One in terms of graphics, what it lacks in graphics capabilities it seems to make up for in flexibility.

For example, the Switch can be removed from its dock in the TV and become a tablet which you can then play in a variety of ways.

Then, using the tablet as a screen, you can game with your friends wherever and whenever you want. You can even use the controllers in a nunchuck style.

With the Switch, Nintendo is cleverly avoiding going into a straight battle with Sony and Microsoft. Instead of trying to create a rival for the PS4 and Xbox One it’s attempting to create an alternative type of product.

The Nintendo Switch will of course play the big games, but with its ‘break apart’ features it has the potential to offer more.

According to Piers Harding-Rolls, Head of Games Research, IHS Technology, the Switch is more naturally a direct challenge to the use of tablets in the home or perhaps on family holidays.

“A hybrid device strategy such as this is unproven in the market – previous gaming tablets that can dock to TVs have found very little traction,” he says.

“But significantly they haven’t had the backing of a company such as Nintendo.”

Importantly, Switch will need to provide a compelling alternative or enhancement to other tablets already in use by this audience.

It will seek to do this through its exclusive games IP, local multiplayer gaming capabilities over local Wi-Fi and also through sensor technology included in the Joy-Con controllers.

So can the Switch be the answer to Nintendo’s prayers? Certainly the Japanese giant is hoping so.

It has struggled in the last few years in the face of strong competition and a dismal product in the Wii U. There have even been rumours that the company may give up on hardware altogether and concentrate its efforts on iconic games.

Contrary to rumours though, 2016 was actually a bumper year for Nintendo which not only benefitted from the success of Pokemon Go but also released its first mobile Mario game.

Now in this new console Nintendo has taken a risky but brave path. While not reinventing the wheel, what the Switch can do has the potential to be game changing.

And although the Wii U was a marketing disaster, the company has shown it can still conjure magic with the characters it own. Nintendo has previously proved a popular choice for  families, in particular with parents who hold most of the purse strings.

As long as people are aware of the Nintendo Switch, there will be a market for it. Perhaps it could even create a new Wii phenomena?

Certainly Piers-Harding Rolls expects it to fare much better than the Wii U, predicting 4 million sales in 2017.

“The Switch is an evolution of the Wii U, but eminently more simple in form factor and broadens the use case for a home and portable console hybrid. However, Nintendo faces an uphill struggle to translate its product vision into mainstream adoption.”

As long as Nintendo isn’t relying on too many hardcore gamers leaving its trusty Playstation or Xbox, then we think it has the potential to do quite well. What it can offer is an alternative, something for people to play even if it is only on their travels.

We all wait with baited breath for January the 27th when the company is set to unveil more information about the new console. We expect to hear not only the statistics for the hardware but about potential launch games.

Already games developer Bandai Namco has confirmed some several titles it will be launching for the new Nintendo console. These include Dragon Ball XENOVERSE 2 (Working Title), which will enable users to share their experience through local co-op gameplay. Tales of and Taiko Drum Master titles are also in development for new system.

No doubt more titles will be announced in the coming weeks. So watch this space!