It’s official: Secret Santa is no longer just a treat for the office!

A new survey reveals that, while most are based in the workplace, almost a quarter of Secret Santas in the UK now take place among friends, and one in five families do them too.

But the shift from work to home (or at least outside the office) has created a new problem: the closer you are to the people, the harder they are to please.

Among friends the gift budget is typically much higher than in the office, the maximum rising from £5 to £10. While that doesn’t seem so bad, because it makes it seem as though people are more generous with their friends and family, it might lead to an increased expectation for higher quality gifts.

So, while it might be ok to cut a few corners with your work colleagues, don’t be a Scrooge with your friends and family, or at least make sure you remove the price tag!

The survey also revealed there is a gender divide between what men and women think and what the best gifts are. While both agreed that funny Secret Santa gifts were the best, a man’s second preference was to receive useful gifts. In contrast, women preferred their gifts to be personal.

With that in mind, we are ready to help you find the best Secret Santa gifts for your family and friends this Christmas. This way you’ll become a Secret Santa master, picking the perfect gift for even the toughest person (and still without breaking the bank): 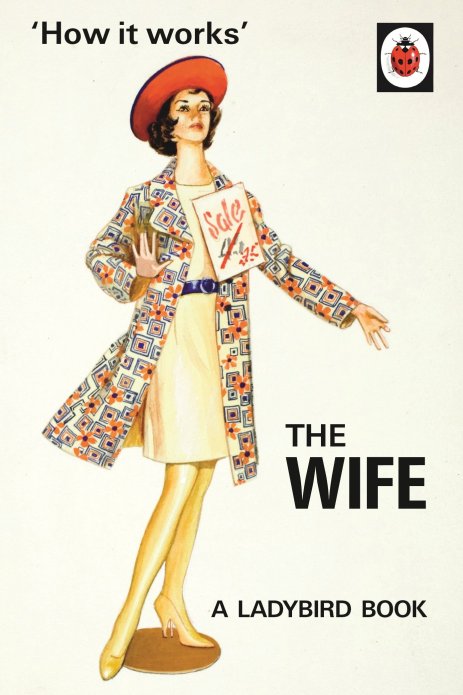 In a clever reinvention, the traditional Ladybird book is back in a new series advising on modern life. Maintaining the classic artwork, tone, and style of the original series, these books give topics for all occasions. “The Wife” is a perfect example as it explains to the embittered husband or partner that they should get used to being wrong, about everything, for the rest of their lives. 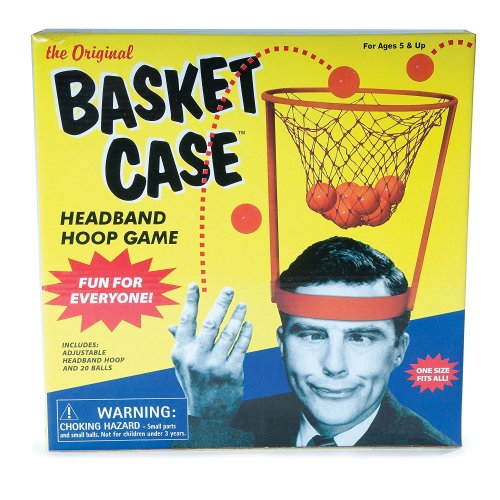 If you need a gift for the more competitive members of your inner circle, then why not choose a party game? Basket Case is essentially a game of hoops. Each team has ten balls which they have to try and throw into a basket attached to another person’s head. It is a very simple idea that becomes increasingly funny and entertaining as the evening draws on. 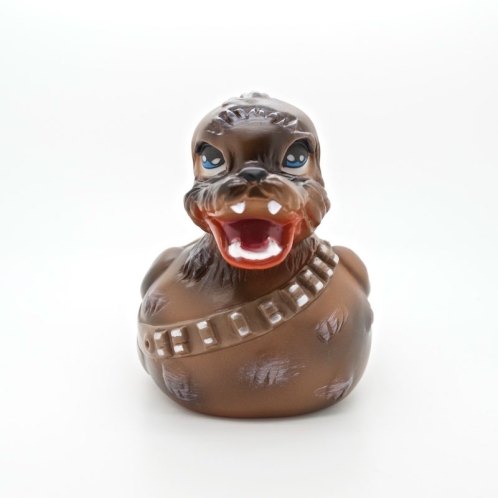 Equal parts sci-fi icon and rubber duck, Chewquacca is exactly the kind of Secret Santa present that will delight Star Wars fans old and new. But this is no ordinary Wookiee, and no ordinary duck. When he is placed on the water he glows as he patrols around sinks, baths and anywhere else you might need him to be. 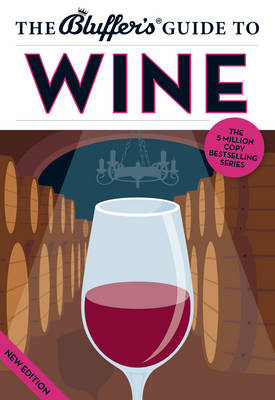 Some fathers seem to have a new hobby every few weeks. It could be an eclipse that turns him into a Brian Cox obsessive, or a cracked windscreen that leads him to talk about nothing but car repairs. Help him master his next interest with a Bluffer’s guide to wine. He might end up talking to you for a long time about your choice of bottle, but at least his comments will be based on facts! 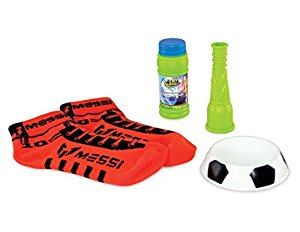 It might seem easy at first to buy for a football mad younger sibling, but chances are they already have everything you could imagine. Foot Bubbles offer a simple and novel new idea. Comprising simply of some Lionel Messi branded socks, all you need to do is blow a bubble and see how many keepie-uppies you can do. The extra strong bubble solution is harder to pop than you might expect so you could easily get an impressive score. 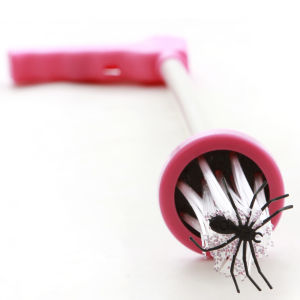 It is easy enough to watch “I’m A Celebrity…Get Me Out Of Here” and say loudly, “I could do that” but when the creatures are in your house, it can be much more intimidating. A long handled spider catcher will help even the most insect phobic armchair campmate dispose of unwelcome critters without harming themselves or the creatures. It even comes with a plastic spider for practising so they will be ready for the real thing – not that you have to tell them it isn’t real, of course! 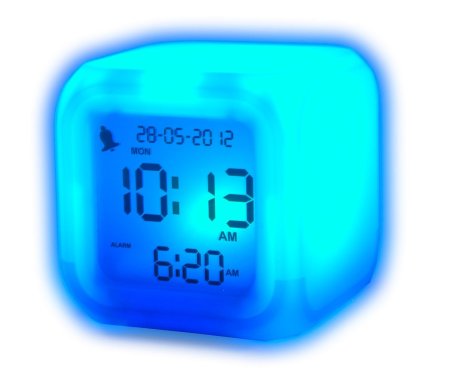 Everyone has a friend who is known for always being late, so stir them from their morning slumber with a gift that is so stylish, it is possible they may take the hint and use it. Creative in its design, the Aurora clock is so called because the entire clock changes colour depending on the hour, gently lighting to make waking up just that little bit easier. 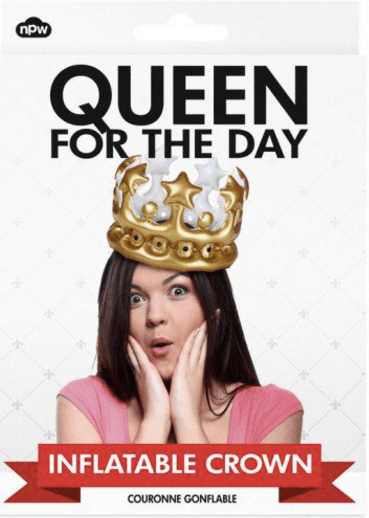 Hands up who has a friend who thinks they should be treated like royalty? Everyone? Well if you draw that person in this year’s Secret Santa, play to their whims. An inflatable crown will cement their self-proclaimed position at the head of the table and will delight them as you come around to their way of thinking, even if it is only for an evening. 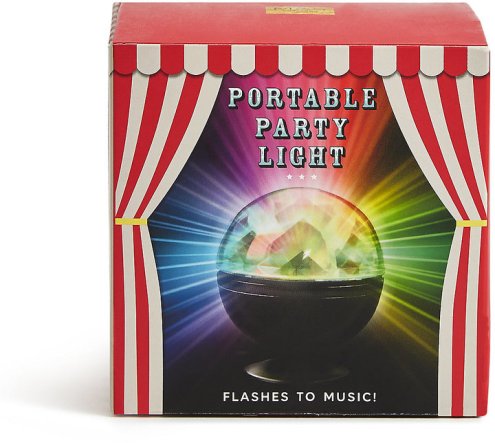 When mum gets into the festive spirit, it often means a hard earned glass after yet more preparations for the big day, but just because it’s the evening doesn’t mean she’s going to sit down and unwind. As soon as she hears Michael Buble she will be ready to party, so make her evening sparkle with a portable party light that will flash along to her festive favourites.

You might have been best friends or mortal enemies as children but when you get a little older, you want the best for your sisters, usually. Instead of getting her cheap perfume and makeup for Secret Santa, why not do something uniquely for her? Perhaps she wanted to be a vet or wasn’t allowed a pet as a child. With an inflatable zoo balloon modelling kit, she can fulfil her childhood dreams… and you can laugh at her dreadful attempts at making an elephant.

It really is the thought that counts!

It can become frustrating if you are keen to find the absolute, perfect Secret Santa gift on such a tight budget, so don’t be too fussy. Just remember that if you can get a smile from your recipient, you’ve done a great job. Keep it simple, keep it entertaining and don’t forget that Christmas is a time for being a bit cheeky, so choose a gift that brings a bit of fun into the office.