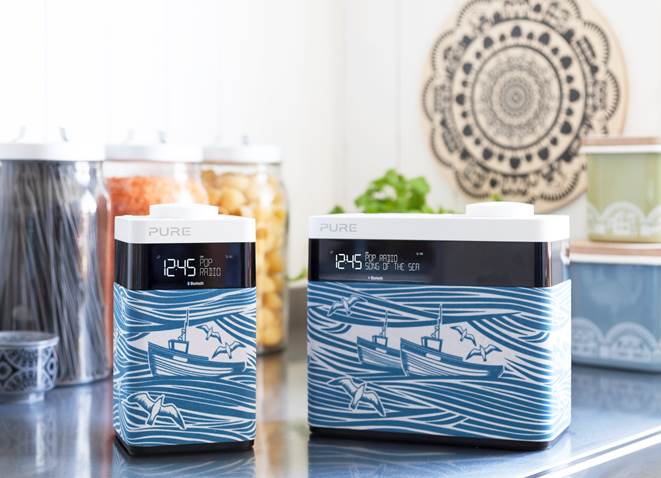 Pure has announced it has shipped in excess of five million digital radios worldwide, maintaining its position as best-selling digital radio manufacturer of all time.

Pure’s success is supported by another world leading British company, Frontier Silicon, which supplies more digital radio modules and integrated circuits than anyone else. Additionally, technology from Pure’s parent company, Imagination,  is used in over 80% of digital radios on the market today.

Recently Norway has become the first country to commit to a digital switchover in 2017 and the UK will see its biggest ever expansion in national radio stations in 2016. Both announcements have already injected considerable momentum in the journey towards securing a digital future for radio. Pure also claims to be experiencing powerful growth internationally, in Germany, Switzerland, France, Italy, Denmark, Norway, Belgium and Netherlands.

“We’d like to take this opportunity to thank the thousands of retail stores that stock Pure radios and, of course, all Pure radio owners. The future for digital radio is looking extremely positive and we look forward to working with partners like Frontier Silicon to continue to innovate and produce products our customers love.”

Adds Anthony Sethill, CEO Frontier Silicon: “Like Pure, we are proud to be flying the flag for British companies in the world of consumer electronics. The success that we’ve both achieved is down to a continued and constant drive for progress. Digital radio is making strong advances across Europe and beyond and as the global market matures, it is vital that we continue to develop reliable technology solutions as well as innovative, high-quality products.”

All of Pure’s products benefit from a heritage of British design and engineering and are digital tick approved, with an industry first, three years warranty as standard.