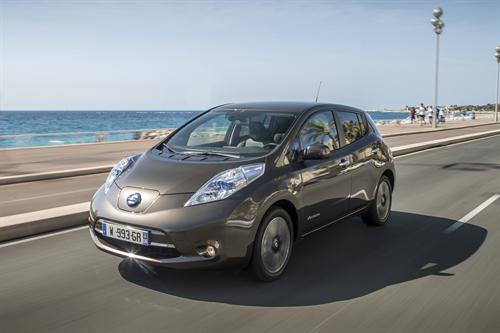 It’s been a busy week for Nissan. A few days ago we wrote about its new Vehicle2Grid partnership with Enel to plug its cars into the electric grid and make potential additional returns for customers. Now, on the eve of its fifth anniversary, the company is preparing to sell its 200,000th LEAF electric vehicle (EV).

And already Nissan LEAF customers just surpassed the two billion kilometre mark (1.2 billion miles), which is equivalent to 2600 round trips from the Earth to the moon. This has, Nissan claims, helped keep 328,482 tons of CO from entering the air, according to a five year sales-volume based assumption.

Since the first Nissan LEAF rolled off the assembly line, the electric vehicle has garnered 92 awards, including being named Car of the Year in Japan and Europe, not to mention winning the very prestigious World Car of the Year.

Nissan’s heritage with electric vehicles dates back 68 years with the Tama Electric Vehicle. Nissan, which has dedicated itself to in-house research and development of the EV battery, has taken the battery from zinc and nickel hydride to lithium-ion. The company successfully marketed the world’s first lithium-ion battery EV in 1996 with the Prairie Joy EV.