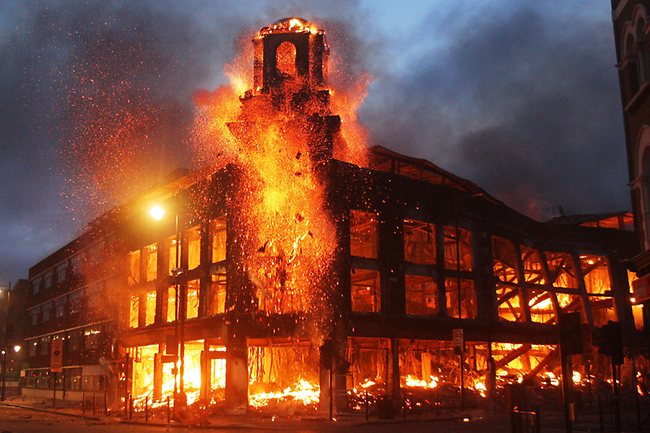 Well how about that for a headline in a press release this morning from Go Compare.

According to research from the price comparison website, the majority of people would enter a burning building to save their property, with half saying they’d do so to save their mobile phone, rising to 64 per cent for iPhone owners!

Thankfully, the figure for saving a pet from a burning building was higher –  nearly two-thirds admitting they would willingly risk their lives and enter a burning building to save a pet (presumably a human loved one would be higher still but you never know!)

Here the top five items that people would save in the event of a fire in their home:

While nearly two thirds of iPhone users would choose to save their mobile phone (the highest percentage of any mobile phone),  Motorola owners were found to be the least likely to rescue their flaming phone with only 29% admitting they’d do so.

Twice as many men as women (67% versus 33%) said they would rescue their video games console, despite the Fire Safety Advice Centre stating that in the event of a fire, people should get out ‘as quickly as possible’ and should not ‘pick up valuables or possessions’. According to the results, two thirds (65%) of people would willingly risk their lives and enter a burning building to save their pet.

Ben Wilson, Go Compare’s home insurance expert, said:
“Given many people struggle to put their phones and iPads down for more than a few minutes, it’s perhaps unsurprising that we’re at a stage in society where the majority of people would risk their lives to save them. Our advice would be to regularly back up your apps, files and data, which can be a simple process with most free cloud-based services these days.”