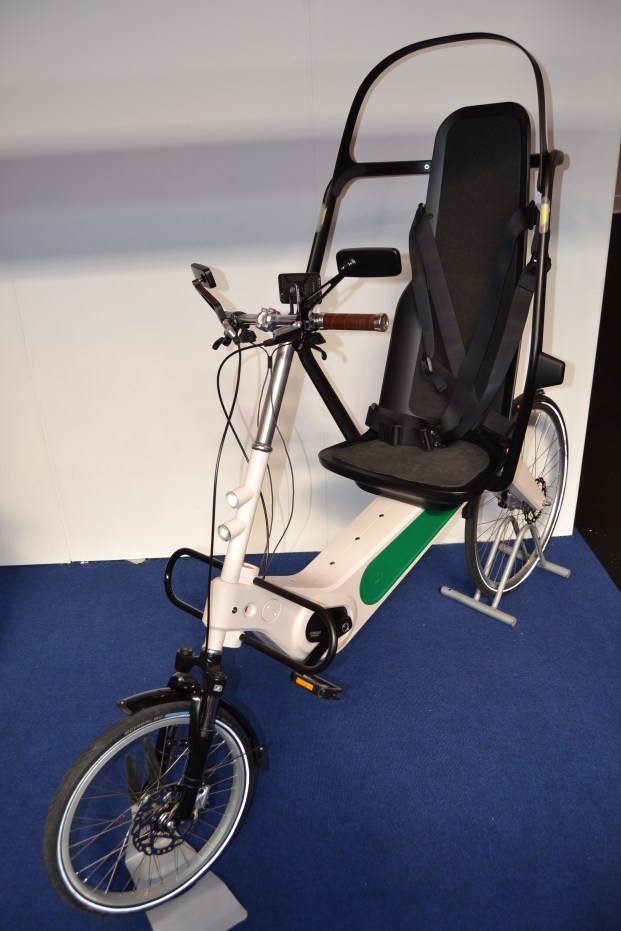 “It’s the biggest step forward in bicycle safety since 1884 when Penny Farthings were replaced with the Rover Safety Bicycle,” he told us about his new invention – the Babel Bike. Though considering it was press day at the Gadget Show he was strangely reluctant to let us take photographs or allow any video interviews!

It may look kind of ridiculous – like a pram for grown ups – but for those who want to put safety first it does boast an impressive array of safety features. The rider wears a car-style seat belt and unlike any other bicycle on the market it has a custom built safety cage in which the rider sits.

This is designed to protect (at least partially) against impacts with turning lorries and buses at busy junctions, which as we know account for around 50 per cent of all cycle fatalities. Also on board are front and rear lights, indicators, hazard flashers, brake lights, a loud car horn and rear view mirrors. This is a bike that’s taking no chances whatsoever!

Available in electric and non-electric versions, the electric model has a range of up to 80 miles, with speeds up to 15.5 miles per hour. But of course you wouldn’t want to cycle that fast because that would just be foolhardy!

Prices have yet to be announced but the product should be available later in the year.