At Mobile World Congress today Nvidia has announced a new console for your TV – which it claims will play games in 1080p, 60fps, and look as good as something on the PS4 or Xbox One. 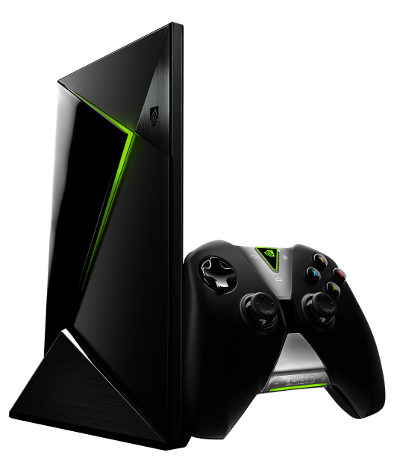 The Nvidia SHIELD is based on Android TV – Google’s TV platform – so can run all of the apps and services associated with that, and can even stream in 4K. The big differentiator though looks set to be games: The device packs a Tegra X1 processor, with 256-core Maxwell architecture GPU and 64-bit CPU.

Interestingly the game service – known as Nvidia GRID – won’t just download and play games. The way it will work is by using game streaming (a bit like the forthcoming Playstation Now) so that much of the processing is done on Nvidia’s cloud servers. Games that will use the streaming system include the forthcoming Batman: Arkham Knight and The Witcher 3.

When it launches, the box (with controller included) will cost $199 (about £130) and the GRID streaming service will require a subscription. We’ll let you know when it launches in the UK.