Nike is working on bringing Marty McFly’s famous footwear to life, according to reports. 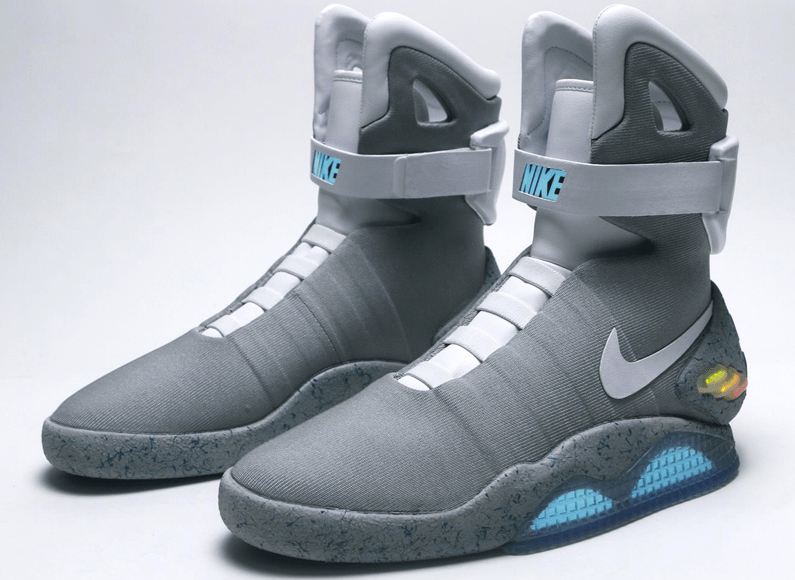 2015 is the year that Marty and Doc Brown travel to in the 1989 sequel – so expect to see a lot of BTTF stuff this year. Nike has also clearly identified a superb commercial opportunity. In the film – which predicts hover-boards and not selfie sticks – Marty is seen trying some “Nike MAGs” trainers which have self-tying shoe laces.

According to The Telegraph, Nike should actually have replica shoes on the shelves by the end of the year.

They may not just look the part too – as Nike has patented technologies that could be used to make self-tying laces, as seen in the film.

Hopefully soon Delorean will announce it has invented a time travelling car soon too.