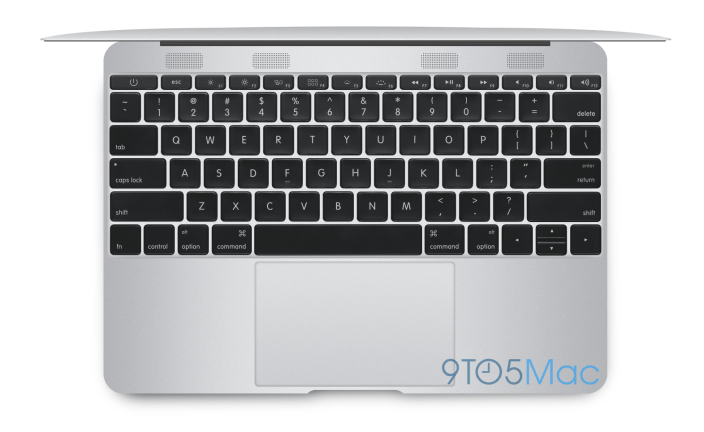 Check out this image that has been obtained by 9to5Mac showing what appears to be a radically redesigned 12″ Macbook Air.

The redesign is significant because it makes the already diminutive notebook even thinner – shaving off an extra quarter of an inch compared to the 11″ version.

To cope with the smaller size, the keyboard has been redesigned slightly – squashing the keys closer together. The bezel around the edge of the screen has been reduced too.

Perhaps the most controversial addition though… or should that be subtraction – is the removal of pretty much all of the ports – no normal USB, no SD card reader – and even the Magsafe adapter has been changed. Instead, there’s a single USB type-C port, which is incompatible with existing USB devices, but is reversible like a Lightning cable. This means if this is real and you pick it up, you’ll have to get a new set of cables and adapters too.

As we say, we can’t vouch for the authenticity of the picture – but 9to5Mac is usually on the money.

We’ll let you know when Apple say anything official.

One thought on “Is Apple planning a radical Macbook Air redesign?”