New research released today suggests that 1 in 3 mobile internet tasks fail – which won’t come as a huge shock to commuters. Global Wireless Solutions did the work, testing phones on the ten most popular commuter routes into London. They tested calls, 3G data and 4G data – and it turns out that different networks are better at different tasks.

First up, here’s the packet data reliability on all of the major networks – in other words: Which network is most likely to successfully load up your Facebook when you request it on the way to work:

In practice, what this means is all of the different networks will download you stuff at slightly different speeds. Here’s the results for 3G and 4G: 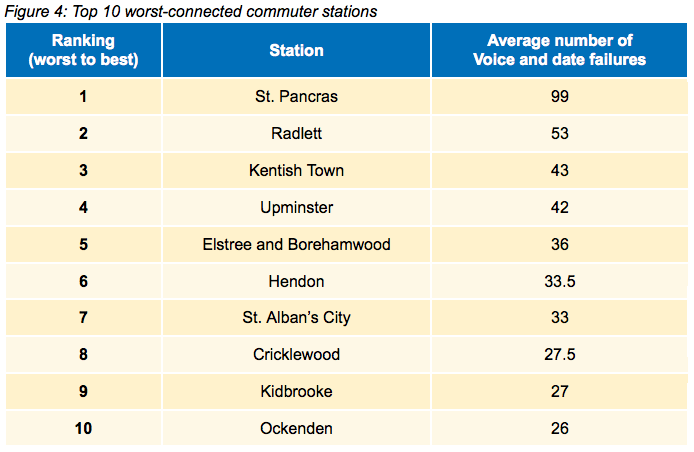 GWS has also produced this cool map, showing their test results in detail.