A new messaging app has been announced today at New York Comic Con which will turn your conversation with friends into cartoon-strip style conversations. 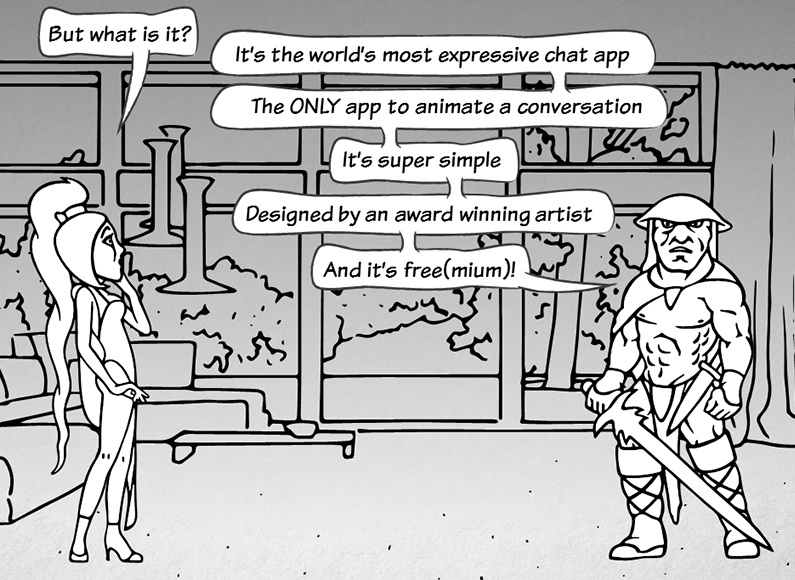 ComiXchat launches today and works a bit like WhatsApp, but your conversations will end up looking more like the above. Once you’ve signed up, all you have to do is pick an avatar and the app will turn your messages into panels of a comic – with the app changing the imagery to match the tone of your conversation. (Though I expect it would still be pretty awkward to inform someone of a bereavement using the service).

You don’t have to stick to just one avatar – though you have to set a default, you can change your avatar in each conversation – so you can ‘play’ a number of different characters if you like. All of the launch art is by Otto Schmidinger – though the company’s intention is to keep adding avatars, including possibly licensing existing characters. So perhaps in the future you’ll be able to converse as Iron Man or Captain America. Probably best not to pick Groot though.

Given how visual the app is, it is perhaps expected that you’ll want to share panels on social media – but rather than force you to mess around with screenshots, the developers have baked sharing functionality right into the app.

ComiXchat is available now on iOS, Android and even Windows Phone.