Media streaming app Plex is coming to Xbox One and Xbox 360 – which should make it easier than ever for Xbox owners to get content from their hard discs on to the big screen. 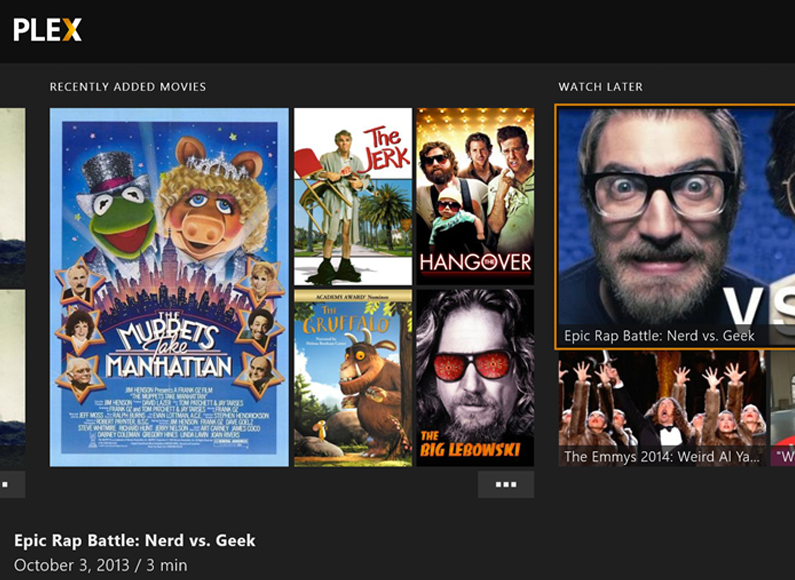 Plex is a pretty clever idea: It is basically a nice looking front-end through which you can access videos stored on your own computer through your TV. This means that if you have any films that you have cough acquired as, say, AVI files, watching them back just became a whole lot easier.

What’s also cool is that Plex will take your files and index them, downloading all of the appropriate meta-data, so it will sort your shows into categories and even download background images to make scrolling through your library look nicer.

The Xbox Plex will also support gesture and voice commands through Kinect, and sport an “On Deck” feature for tracking what you’re currently watching – allowing you to resume watching a file if you quit half way through, and it will also suggest what to watch next a la Netflix.

What’s really interesting is what this subtly says about Microsoft’s Xbox One strategy. The company has been playing catch-up to the PS4 since launch, and the launch of Plex could be viewed as a sop to hardcore users. After all – if you’ve got a large library of content on your computer that you downloaded via BitTorrent or something, and you have to choose between PS4 and Xbox One… won’t you choose the one that lets you make the most of what you’ve got?