What do you do if you finish your work too quickly, and you’re being paid by the hour? Slacking off would be the obvious thing to do, but what if you’re on a corporate computer that has been locked down so there’s nothing fun to do? One person got around this by building an entire Movie Player in Microsoft Excel. 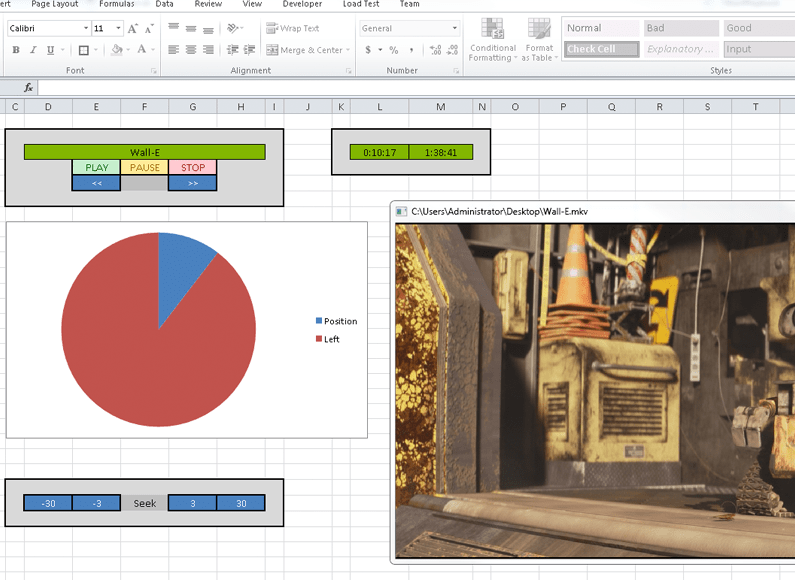 According to a thread on Reddit, coder AyrA_ch used Excel’s built in support for complex Macros and Visual Basic to build the media player (Windows Media Player was officially blocked on the computer) – even building controls to play, pause, stop – and skip forward and backward in time. Brilliantly, instead of a progress bar showing how far through the movie they are, a pie-chart is used instead.

Now whilst we’d never advocate skiving off of your job – you’ve got to admire the ingenuity, right?