Samaritans new web has received criticism on social media today for being “invasive”, and essentially misconceived in its attempt to flag up friends at risk. 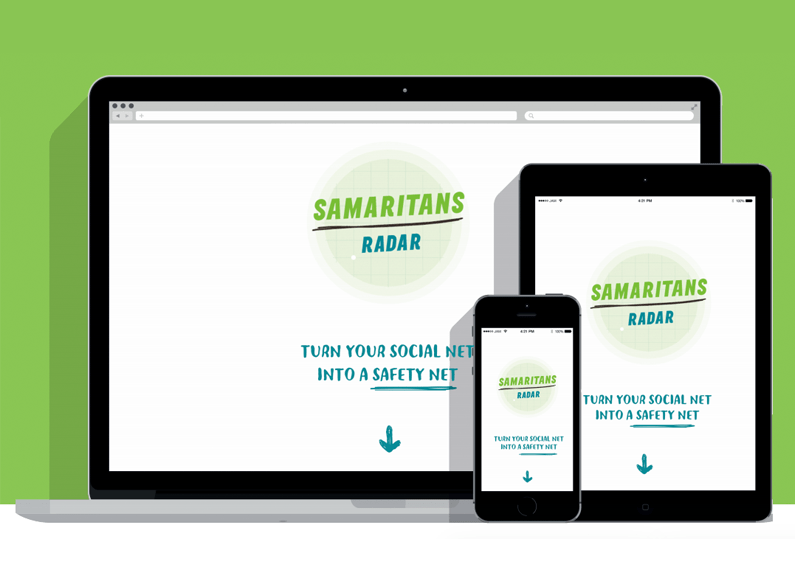 You may have read in The Digest this morning about the new app aimed at helping those in need.

It sounds pretty clever: Essentially you sign in with your Twitter account and it will automatically monitor your friends for particularly sensitive tweets. It does this by analysing the language and looking for keywords that may suggest someone is contemplating suicide.

When tweets like this are flagged, it will automatically email anyone who is signed up to the service who follows that person, and will alert them to the tweet – and offer advice on how best to help them.

Unfortunately, the new app has been met with the ire of some Twitter users for being invasive – and potentially a tool that could be used by stalkers/trolls to figure out when their victims are at their most vulnerable.

Email to @samaritans about #Samaritansradar which is invasive //t.co/M0CnwRPpLa – @ICONews I have concerns about this app and privacy

Congratulations on making Twitter a less safe medium for its most vulnerable users. You must be so proud of yourselves. #SamaritansRadar

I have to agree #SamaritansRadar seems totally misjudged, no respect for confidentiality, should be completely re-thought.

“The app itself is called the “Radar” app, and even in the name gives connotations of being watched, being monitored. How likely are you to tweet about your mental health problems if you know some of your followers would be alerted every time you did? Do you know all your followers? Personally? Are they all friends? What if your stalker was a follower? How would you feel knowing your every 3am mental health crisis tweet was being flagged to people who really don’t have your best interests at heart, to put it mildly? In this respect, this app is dangerous. It is terrifying to think that anyone can monitor your tweets, especially the ones that disclose you may be very vulnerable at that time.”

So whilst well meaning, is the app actually a bad idea? One potential fix could be to limit the alert emails only to people who the at-risk person is following back – so theoretically only friends, and not potentially threatening people – will see what is flagged up.

Let us know what you think in the comments.

One thought on “Backlash against “invasive” Samaritans Radar web app”