Remember that classic scene in the film Big — the film that really launched Tom Hanks’ big-screen career — in which he plays Chopsticks by dancing on the giant piano keys? 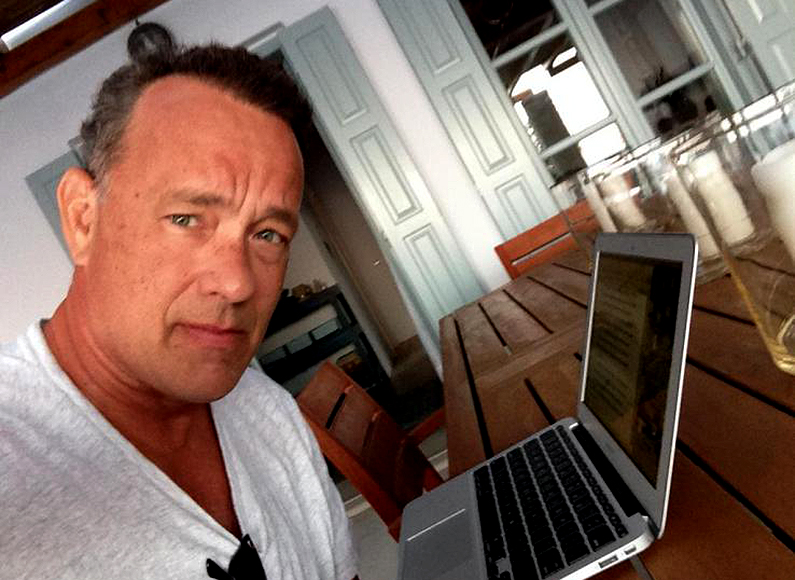 Well, now keys of another kind have also proved a big success for the Oscar-winning actor.

His manual typewriter simulator app for the iPad — called Hanx Writer — launched last week and has since dominated Apple’s iTunes App Store, where it ranks no.1 in free apps, and boasts a 4.5 star rating based on more than 1,300 reviews.

The Hanx Writer app recreates three classic typewriters on screen, allowing people to hear the clicking of the keys and the chime when you come to the end of a line.

The app developers said that it recreates the experience of a manual typewriter, but with the ease and speed of an iPad.

The app comes with a single font and colour in the free, default version. You can unlock more font and typewriter features with in-app purchases.

“I use a manual typewriter — and the United States Postal Service — almost every day,” Hanks recently wrote in the New York Times.

“My snail-mail letters and thank-you notes, office memos and to-do lists, and rough — and I mean very rough — drafts of story pages are messy things, but the creating of them satisfies me like few other daily tasks.”

So download and try the Hanx Writer app for your iPad — we just don’t recommend typing with your feet.