2014 was supposed to be the year of wearables – so why aren’t we all walking around with smart devices bolted to our arms? That’s the question posted by Allan Blair in the Guardian Today. 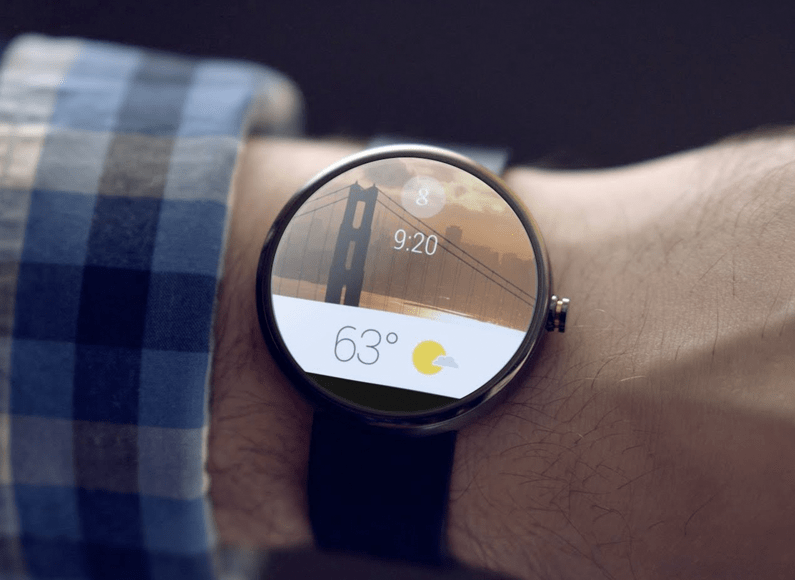 In the piece Blair makes a number of interesting observations on why this might, ranging from fashion considerations, to cost, to phones already doing everything we need. However – I think there is one aspect which hasn’t been fully considered: The eco-system, and the support of the big players.

At the moment, when it comes to wearable devices we’re very much still in the early stages of development, long before any standards have developed or platforms have become pre-eminent. I write this with both a Fitbit and a Pebble strapped to my wrist – but really this is the same as owning a betamax video recorder r a Sega Saturn. As an early adopter I’ve taken a risk that I’ve backed the right horses – something that most normal consumers won’t do.

Remember before the iPhone landed and most people used what are now known as “feature phones”? The small bricks that could call, text, and if we’re lucky access a very basic internet service? At the time there was the first few attempts at creating a “smart” phone – with the likes of the Palm Treo, HP Ipac and Windows CE offering glimpses of the future… but none of the devices were great, and they certainly didn’t become mainstream.

In order for smartphones to take off it took a major player – in this case Apple – to launch a mainstream product that was genuinely great, with the marketing heft to go with it. Arguably there was nothing new in the original iPhone: Touch-screens, accelerometers, and wifi had all been seen before, but no company had packaged it up in quite such an appealing way before.

Similarly with apps though the various phones had been able to run them for some time (we used to call them Midlets – seriously), it wasn’t until the App Store was introduced that we reached a tipping point where they were easy and straightforward enough for normal people to use. Only with the App Store too was there finally an app platform with enough users to support developers: Previously you’d have to write an app for every different type of phone, but now there was a de-facto common platform because all of the millions of iPhones were the same.

When Android came along it too did the world a great service by providing a common platform on which to run apps on non-Apple phones.

The story was repeated with tablets. Though there had been previous attempts at making tablets work in the past, it wasn’t until Apple came up with the iPad that the product category caught the public’s imagination and sold like wildfire.

With wearables, we’re only just getting to this point.

For smartwatches, for example, it was only in June that Android Wear was announced as a platform for smartwatch apps. Backed by Google and integrated directly with Android it is the first viable platform for smartwatch development as pretty much every future smartwatch will run on it. Previous attempts at a platform like Samsung’s Tizen, or Pebble will inevitably be swept aside as developers rush to support the platform most likely to grow to be huge. On the Apple side, we don’t even know the iWatch definitely exists yet – we’ve only got a constant stream of rumours telling us otherwise.

Fitness apps are in the same place too. It seems as though every day I receive a press release about a new fitness tracker. These devices inevitably come with their own tracking apps and social networks – and it is within the interest of the manufacturers to try and lock you into their own, as it will keep you as a reliable customer. If you’ve got all of your health data logged on Fitbit, when it is time to buy a new tracker are you really going to jump ship to a different company and start fresh? This is the danger for many of the tracks: They’re run by small companies that could disappear overnight… do you really want to invest your time and money in what is essentially a gamble? Not to mention that small companies means they will have less capacity to integrate with other devices: how do you know the obscure fitness tracker you just bought will work with your next phone?

This took looks set to change soon as like with the other technologies, Apple and Google are about to step up and provide common platforms for these new devices. Apple’s forthcoming iOS8 has an app called “Health” (backed by a suite of technologies known as “HealthKit”) and Google’s forthcoming Android L has an app called “Google Fit” that will take over the tracking of fitness data. It seems that in both cases rather smartly that rather than insist that users buy and use an Apple-branded or Google-branded tracker, it will instead aggregate data from a wide range of devices and apps.

This means that we could conceivably see Apple Health and Google Fit bringing together our Fitbit step counts, MyFitnessPal food intake data, Strava bike rides and much more – not only making the data more useful but finally providing a common platform so that it will no longer matter which company made the device on your arm. Not only will this make data more meaningful as you’ll be able to view a full picture of your health, but other developers will be able to tap into the data without having to code specifically for Fitbit, Garmin, Nike+ and whoever else. Like we’ve seen previously with phones, tablets and apps – whilst this wouldn’t be anything particularly new, only Apple and Google have both the eco-system and the corporate heft to make it happen. And this is when people will truly start seeing the value in wearable devices.

So whilst 2014 may so far have not been the wearable revolution we were expecting, by the end of the year when both iOS8 and Android L are out, and as the iWatch and Android Wear devices are starting to take off, the picture could look very different indeed.