Getting rid of physical buttons on our gadgets has been a massive advantage for phones and tablets – but for gaming… it makes things more difficult. Luckily though, it appears that Microsoft could be working on an interesting solution. 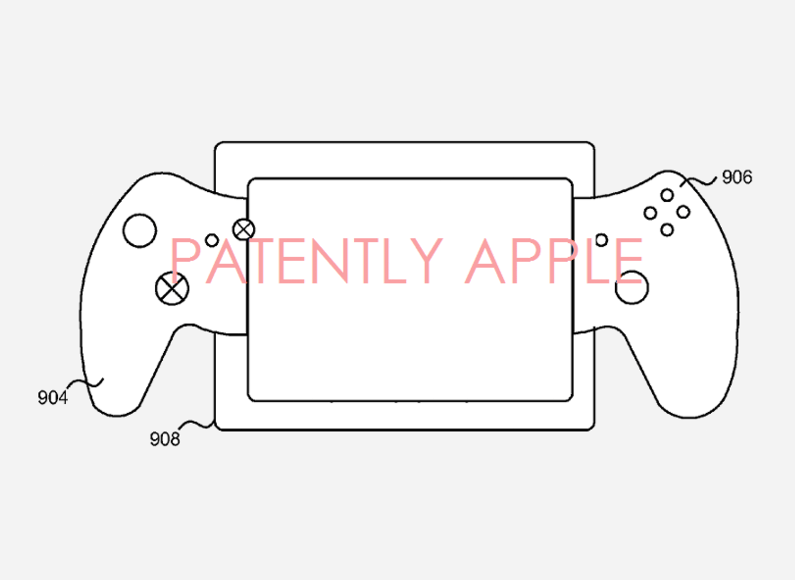 Patently Apple has dug up some diagrams filed by Microsoft with the US patent office that show plans an Xbox-style controller that splits in half, and straps to either side of a tablet.

Microsoft wouldn’t be the first company to come up with something like this: third party cradles for mobile devices which split the controller like this have been available for years, but it would make Microsoft the first device maker to endorse an “official” design. Amazon and Google have both recently unveiled games controllers of their own, but both were geared towards use at home in the Fire TV and Android TV set-top-boxes, and not on mobile devices.

Such a move in mobile would be great for gaming as it would provide a consistent standard for games developers to build their games too, increasing compatibility, even if it is a rather unwieldy solution.

Of course – we should caution with the usual caveats that patents aren’t always a guarantee of what a company is working on: Often ideas are patented just in case the company later decides to build on them, and to prevent rivals from getting there first. So don’t expect confirmation any time soon.