Trains across Britain could be about to get faster wifi – thanks to, umm, trains being chronically late. 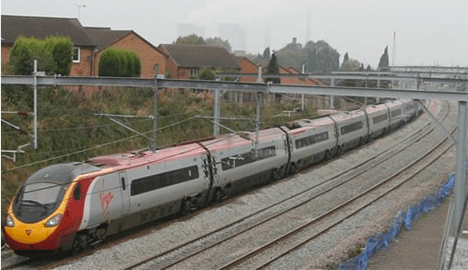 According to the BBC millions of pounds is being raised by a fine imposed by the Office of Rail Regulation on Network Rail, which owns and operates Britain’s rail infrastructure: and this cash will be pumped into wifi improvements.

The BBC report that the “£90m scheme” will apparently be paid for in part by this fine – which is being levied because various punctuality targets weren’t met by trains.

Yeah – we think that it is a big weird that one part of government (the ORR) is fining a company that is 100% owned by the government (Network Rail) in order to subsidise another bit of government (the privately operated train companies that still receive massive government subsidies) but hey, if this byzantine shuffling of cash makes the wifi go from “terrible” to “just about acceptable”, I’m not complaining.

Whilst the Beeb doesn’t specify how the money will be spent on improving things, it is perhaps reasonable to speculate that train wifi will be receiving a 4G upgrade, and perhaps more phone masts will be built alongside train tracks too? (In a quirk of history, many of Britain’s phone masts were built along the motorway network, to support car-phones back when people had them – and the same ones have been upgraded since. No one thought to build them alongside train lines as train phones didn’t exist..)

Apparently the roll out of improvements will first hit the busiest 30% of lines, which account for 70% of national rail journeys.

This news also comes a few weeks after Virgin Trains announced wifi improvements of its own – here’s hoping other train operating companies follow Virgin’s lead and make it free.