Motorola’s Moto G is without a doubt one of the most generous budget smartphones known to man, and its 4G variant has finally arrived from America to the shores of Blighty. 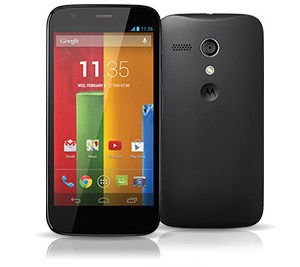 The Moto G 4G can be purchased from high-street retailer Phones 4U, with it being offered up to the public for £160 SIM-free and £150 on PAYG. It’s also available on a pay monthly tariff via selection of networks, costing £19 a month.

Spec-wise, despite the budget price point, it isn’t too bad at all. The phone packs a 720p display, a quad-core processor and Android KitKat pre-installed.

The original version of the handset arrived in the United Kingdom last year, but many critics commented on the lack of 4G connectivity and micro-SD card expansion. Clearly someone at Motorola was listening.

You’ll be able to pick the handset up in a variety of different colours, though an upcoming white version will be exclusive to Phones 4U and won’t be available from any other chain.