It seems that, for some, there is still a bit of money to be made on the internet. 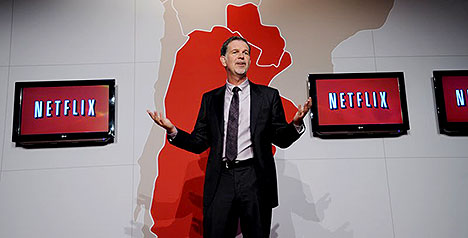 Forbes has announced that Netflix founder Reed Hastings is the latest business mogul to join the growing ranks of the world’s billionaires.

The magazine says that with shares in the online video streaming service now trading at more than $400 (£238), “Hastings broke through the 10-figure barrier to billionaire status for the first time”.

It estimated Hastings’ company stock and options were worth more than $900 million, including about $120 million in post-tax profits from stock sales over the past five years.

Hastings started Netflix with Marc Randolph in 1997, and the company went public in 2002. Hastings is also on the board member of Facebook and spent five years as a board member at Microsoft.