MegaUpload founder Kim Dotcom (yes, that is his real name) is offering up a meaty $5 million (£3 million) cash sum to an individual with information that could help with his fight against a US copyright claim. 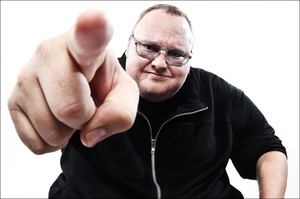 The multi-millionaire internet entrepreneur is facing one of the world’s largest copyright infringement cases, and it’s being brought forward by the US government.

Since Dotcom’s MegaUpload internet empire was shut down in January 2012, he has been faced with potential extradition from New Zealand, where he’s currently set up camp.

“My case is unfair,” pleaded the German national in the form of a tweet. “I was declined discovery, I didn’t get my own data back, I need whistleblowers I am offering USD $5M.”

Dotcom explained to tech news site TorrentFreak.com that the multimillion bounty is to help get the United States government off his back. However, it is not known if anyone has come forward with relevant information yet.

“We are asking for information that proves unlawful or corrupt conduct by the US government, the New Zealand government, spy agencies, law enforcement and Hollywood,” he said.

“It is the opinion of my legal team that disclosure of such information would be lawful. I would also guarantee any whistleblower coming forward would have the best legal representation at zero cost.”

Whatever the case, someone better come forward soon, as his extradition hearing is set to take place on July 7th.