Archos has become the latest tech company to jump on the “connected home” bandwagon, following the launch of its Smart Home set-up, now available to the masses. 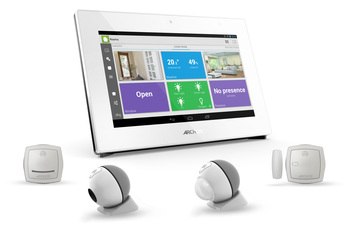 It announced the range at this year’s CES event, held back in January, and unveiled a range of different “Connected Objects”, including motion sensors and mini cameras that can all hook into the central Smart Home tablet app.

The idea here is that much like Apple’s recently announced HomeKit platform, you can tie together functions for individual components. For example, having the smart cameras take a photo when movement is detected.

The Smart Home starter pack will cost around £199.99 and includes the tablet, two movement tags to detect movement, and two Weather Tags for checking temperature and humidity, and two mini cameras. Other compatible smart devices will then be available from £29.99.