We reported the other day how the app Weed Firm had hit the high spot on the iTunes chart. Now it appears that Apple is not as relaxed about controversial topics as we had thought. 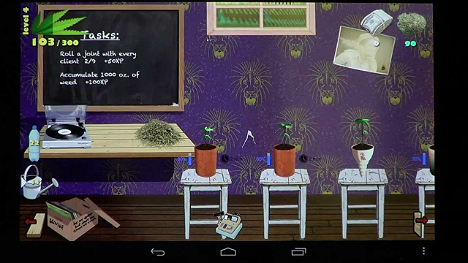 The Metro reports that the game was sitting in the the top spot of the US App Store chart until it was removed on Thursday.

It says that Apple has given no explanation as to why it pulled Weed Firm, although game developer Manitoba assumes it’s because it was “just too good”.

In a statement on its website, Manitoba says: “As you might have noticed the game is no longer available on the Apple App Store. This was entirely Apple’s decision, not ours.

“We guess the problem was that the game was just too good and got to number one in All Categories, since there are certainly a great number of weed based apps still available, as well as games promoting other so-called ‘illegal activities’ such as shooting people, crashing cars and throwing birds at buildings.

“One thing we can promise you is that we will be back! The Apple version might need to be censored a bit to comply with Apple’s strictest requirement since they are going to be looking very attentively at what we submit from now on.”

Weed Firm clearly came onto Apple’s radar due to its success. As Kotaku notes, there are other similarly-themed and styled games still available in the App Store – including Weed Farmer and Weed Tycoon.