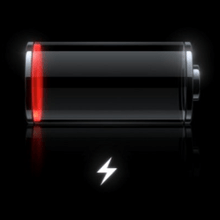 It would seem that the best advice that you can give to the average British smartphone owner is: “Keep calm and carry a charger.”

A new survey reveals that almost all phone owners would feel stressed out – and a quarter would panic – if the battery died and they were left mobile-less.

ITProPortal reports that the research, conducted by case manufacturer Mophie (and, of course, a producer of battery life-extending cases), found that no less than 92 per cent of Brits would feel stressed if their handset battery ran out of power.

The survey also revealed that 61 percent of people would become frustrated and 25 percent would feel panicked.

It also emerged that most people can’t remember any phone numbers these days because they are all stored on their mobile.