Today is European Election Day and across the country, and parts of Europe (the rest of Europe vote on Sunday) people exercising their democratic duty to choose the people who will make the big decisions. 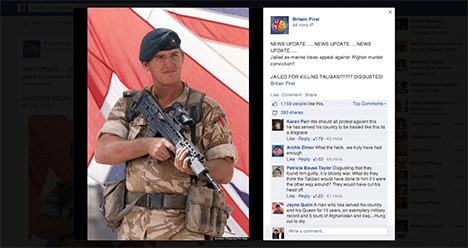 Online, the political debate over the last few weeks has been playing out with slightly more tension than usual as the different parties jostle for your attention. But there is one clear winner – a party called Britain First.

If you don’t recognise the name, chances are their work may seem a little more familiar. At the time of writing, the group’s Facebook page is just shy of 350,000 likes.

Chances are a number of your Facebook friends like them. As Buzzfeed spotted, they’ve more Facebook likes than both the Labour Party and the Tories combined. Incredible!

They’ve managed this by basically being excellent at social media. Most of the posts on the group are superficially populist – lots of patriotic British imagery, and perhaps most notably, appropriating the image of murdered soldier Lee Rigby, who was killed in Woolwich last year – to encourage people to share and like posts. 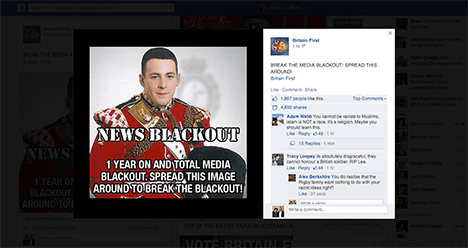 What’s wrong with remembering the victim of a horrible attack, you’d be right to ask.

Here’s the thing.. Britain First are a bunch of fascists.

That’s not even hyperbolic. The party’s hierarchy is littered with former-BNP people. The Chairman is a former BNP councillor, for instance.

More disturbing is that the group have also been linked to “Christian Street Patrols” in East London, which were created to intimidate Muslims in the area. Vice Magazine made a documentary about it.

What’s ironic about all of this is that surely these fascists have taken some inspiration from the Obama campaigns in 2008 and 2012, which was a master of social media, with tweets like the following: 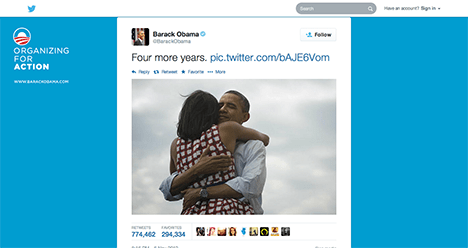 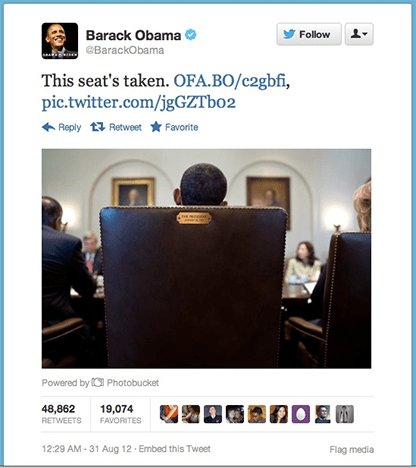 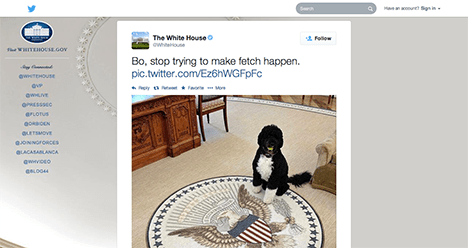 It worked great for the Obama campaign – gaining millions of follows so that in between the pictures of the Whitehouse dog or whatever they can actually push their political message to a wide audience. Unfortunately, it also works for for the far-right.

So it’s perhaps no surprise that thousands of people have shared these very shareable images – with no idea who the group behind it are. In fact, you check which of your friends like the page by checking out this link.

The fear is now that Britain First will leverage this Facebook support either to build credibility (citing support as evidence as to why they should be invited on to TV debates and so on) or even directly to support their candidates.

So what can be done? Perhaps the best thing to do is ask your friends if they realise that they know that they’re accidental Facebook fascists?