Sony have announced plans to film and broadcast four of the matches in this summer’s World Cup in 4K – the new resolution standard that is four times as detailed as normal HD TV. 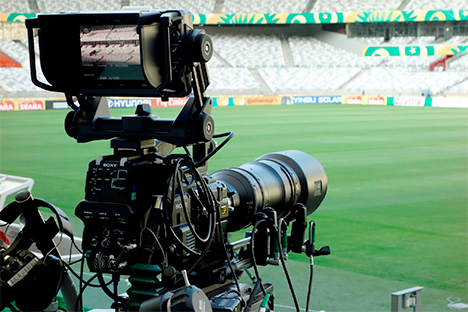 The games – which include the final, a quarter final and two other matches – are all being played at the Estadio do Maracanã in Rio and will be utilise several high-end pieces of 4K kit. The resulting footage, in addition to being broadcast live, will apparently be compiled into “the Official 4K film” of the World Cup. So expect to see that on every 4K demo unit in every shop window later this year.

Crucially, to watch the matches live in 4K… it might be a little tricky. 4K is still in its infancy, and not only is very little content being made in the format at the moment, but broadcasting technology is still in the testing phase. Both the BBC and Sky have tested the format over here – but don’t expect to be able to buy a box to receive 4K signals (let alone afford to buy a TV to watch them on) any time soon.

Presumably the closest we’ll come is a few ‘big screen’ demonstration events in a handful of pubs in major cities – similar to what happened in 2006 with HD, if I recall correctly.