Disappointing news for UK customers who are excited by the announcement of Amazon’s Fire TV as it appears that it is only launching in the US for the time being. 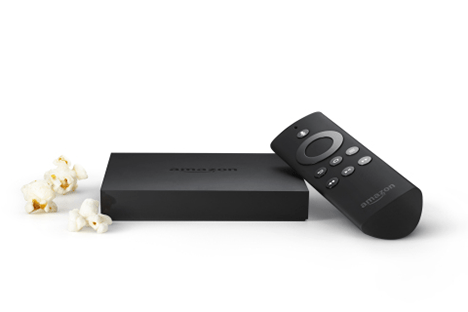 Hot on the heels of the announcement of the new set-top box, I got in touch with Amazon UK to ask about a release on these shores. But they told me that “Fire TV is not available outside the US at this time and we’re not able to speculate on future plans”. Boo!

This said, a UK release is more or less inevitable – so we can probably expect a UK launch as soon as Amazon have struck the right deals with the right content providers (for example, the BBC iPlayer people are probably on the phone to them right now).

The new box is Amazon’s attempt to muscle in on the living room – and compete with the likes of Chromecast, Roku and Apple TV (not to mention the two big games consoles). A “tiny box”, the Fire TV is claimed to be significantly more powerful than its rivals – with three times the processing power and four times the memory, along with a separate graphics processor. Think of a high-spec Android phone – but with the pictures going to the TV screen. 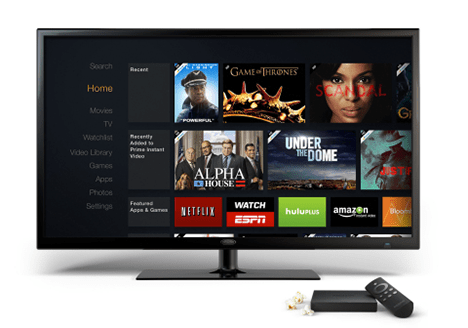 The device is controlled with an Apple TV style remote – or a games controller that Amazon will be selling separately for $40 (it’s the one that leaked a few weeks ago). And perhaps most intriguingly, Amazon have spoken of it being an “open” device – so rather than being able to only play content from Amazon’s own Instant Video offering, services like Netflix, YouTube and Hulu (essentially the American iPlayer) will be available on it.

They’ve also packed in a feature they’re calling ASAP – or “advanced streaming and prediction” – which will apparently queue up and buffer things that it predicts you will want to watch, so they will play the second you hit go, with no need to buffer. Given how much Amazon know about our lives, don’t be surprised if next time you check out a canvas print of Paul Ross, the box starts downloading some rubbish daytime TV quiz shows for you to watch.

Perhaps one of the biggest differentiators from competitors is a surprisingly big focus on gaming. Not only are Amazon pushing a controller, but they’ve lined up thousands of titles… including the almighty Minecraft, which in my limited experience appears to be crack-cocaine for 12 year olds. So if you have kids, don’t be surprised if the Fire TV becomes a Minecraft machine.

In the states the box is out today for only $99 – so by the time it makes it over here expect it to be around £99 – because even though we have a good exchange rate, everything is always slightly more expensive here.

Here’s hoping we get it soon – I can’t wait to have a go.