Huawei, the China-based phone manufacturer, has announced the availability of the Ascend P7 Mini in Europe. 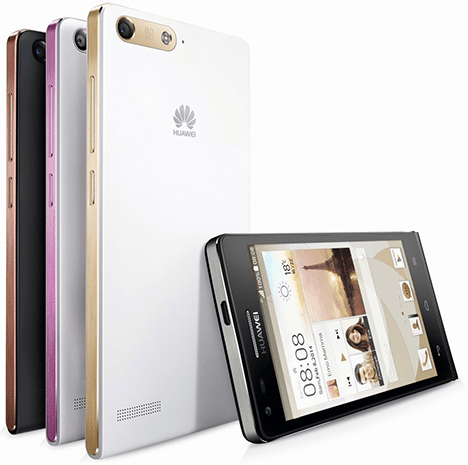 Perhaps the biggest asset it has to different itself from other Android phones is in the looks department – Huawei has gone for a garish gold colour that is inexplicably popular at the moment. But at least it’s made the on-screen icons match.

In terms of specifications, the handset has been kitted out with a 960×540 4.5- inch display, 1GB of RAM, a 1.2GHz quad-core processor, 8GB of memory and a 2000mAh battery. As for the camera, there’s a rear-facing 8MP snapper and an impressive 5MP front-facer for epic selfies.

So even though it may seem as though smartphones and phablets are getting increasingly larger, there still appears to be a market for more diminutive handsets.

During the announcement in Germany this week, the company also announced it intends to launch a full-size edition of the handset on May 6th so all bases are covered.

As for the Mini, while it is technically ‘out’, Huawei hasn’t confirmed anything about availability in the UK just yet – though we can no-doubt expect to see it appearing in phone shops soon.