We’re waking up this morning to the news that Twitter has reported a $645m loss (£345m) – only three months after floating on the stock market. 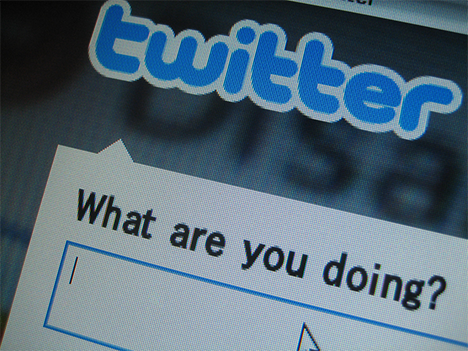 What’s interesting about this is that it’s a reminder of just how weird the tech industry is – and how despite technology is improving our lives, it is often built on shaky foundations.

Usually, if you setup a business doing anything else, you’ll get a loan or investment from another company and have a limited amount of time to make some money, or give up. What’s remarkable about the tech industry though isn’t just how long companies can go on making no money, maintaining the goodwill of investors merely through the power of an idea, but also how the products of the tech industry can make a huge and disproportionate cultural impact.

Remember when Woolworths disappeared seemingly overnight? Despite all of our fondness for a shop we never actually went into, the 99 year old brand was despatched within a couple of weeks, such is the ruthlessness of business.

But what about the apps and services that we use every day – aren’t they just as precarious?

Twitter is nearly seven years old and has become a major conduit for news and information. Given its popularity amongst the chattering classes of journalists, celebrities and commentators, it punches well above its user base in terms of cultural impact – and provides an invaluable backbone to our digital lives. But would you believe that it has never made a profit?

The only reason it hasn’t died and gone to that great tech graveyard in the sky (or should that be in the cloud?) is because of the goodwill of the investors. Investors are still sticking with it, pumping in more and more cash because they think that ultimately, if they can continue to grow Twitter even further, that it will inevitably start to generate cash for them… at some point… maybe.

Twitter isn’t unique in this instance – astonishingly Amazon has never made a profit. Whilst it no doubt turns over a lot of cash, it is reinvested into more aggressive expansion into more and more areas – which is why the company are everywhere today. But imagine if Sainsbury’s or Tesco never made a profit – what would the shareholders think?

This is the crazy world of tech – where the mystique and newness of the industry means that investors don’t behave like they would with other industries.

It’s not just the giants. Instagram is a lot like Twitter – it has never made a profit, and doesn’t really have a business model (it’s an app that will slightly tint your photos!), yet Facebook snapped it up for a billion dollars. Apparently they only employed four people at the time of acquisition. Is there any other industry in which four people could make a billion singlehandedly?

Crazier still is Snapchat – whose founder turned down a $3bn offer from Facebook despite the chat platform having no business model.

My point is – the tech industry is weird – no one is making any money and yet we feel closer than ever to all of these services and brands. If Twitter closed down tomorrow, I wouldn’t feel the nostalgic whiff of disappointment I did when Woolworths folded – it’d be instead like cutting off my right arm and giving me a punch in the mouth for good measure. For other people it’d be the same for Instagram or Snapchat… yet rather than being built on a solid foundation of steady profits for the people who keep these services going, they’re still running on nothing but the goodwill and positive thinking of investors who presume they’ll be able to figure out how to monetize them at some miscellaneous point in the future.