The troubled retailer GAME are planning to open two stores – one in Cambridge, the other in Lincoln, focusing on the sale of second hand games. The stores will be branded “Gametronics” and adapted from existing branches of the shop. It’s an intriguing move, to say the least. 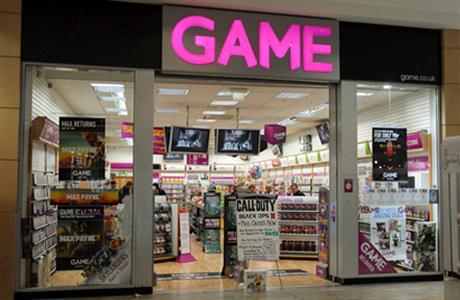 The new stores will also branch out into other forms of tech, such as mobile phones and tablets – essentially providing a rival for CEX. Usefully, all of the credit customers can earn by trading in games and gadgets will be valid to be spent at every branch of Game, whether it is Gametronics branded or not. The plan seems to be to open more stores if the format proves successful – mostly in cities that currently have more than one branch of Game already.

After nearly going bust last year the retailer, the retailer appears to be testing the water for a new way for the chain to survive as we go increasingly “digital only” with new games – as both PS4 and Xbox One will offer their complete catalogues for digital download in addition to through traditional retail channels.

This also marks something of the company going full circle. Aggressive expansion in the early 2000s saw the company gobble up Gamestation, which was another chain that emphasised used games, and open many more stores (at one point in my home town of Leicester, there were four branches within maybe a 20 minute walk, if you counted Gamestation). It’s little surprise they later faced financial trouble and had to re-evaluate their retail estate.

Still, going after the second hand market could be a canny move now that we know for sure that the new consoles will both used games following Microsoft caving in to consumer pressure. Similarly, the thirst for “retro” gaming is no-doubt increasing as gamers get older and richer.

Maybe it isn’t Game Over for physical game stores just yet?