Exciting news for Grand Theft Auto Online players this morning – Rockstar have announced that the “content creator” enabling players to create their own death matches and races will be launching today… with plenty more coming in 2014. Read on for details. 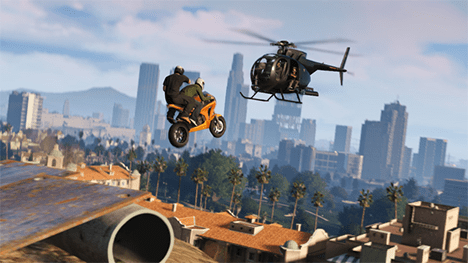 We’ve previously seen a leaked video of the creator in action – it shows off how from a birds eye view, you can essentially place race way points or deathmatch spawn points wherever you want, as well as weapon drops. The user created jobs will also be available in games – one Rockstar have approved them they will be known as “Rockstar Verified Jobs”.

Rockstar have also announced plans to launch a new gaming mode later this month: “Capture” is GTA’s twist on capture the flag, with players charged with retrieving certain cars from opposing team’s zones. Apparently there will be four variations on the Capture format, called ‘Raid’, ‘Contend’, ‘Hold’ and ‘GTA’ – though we’re not sure what the exact differences will be yet. 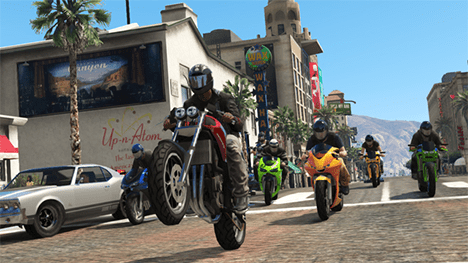 There are also big plans for 2014 – so you’ll have to keep your last generation console hanging around for a little bit longer.

Remember the four big heists in the single player game? The plan is apparently to launch some online heists – that you can complete with your friends. There are also plans for continuing the single player game – presumably with DLC – with Rockstar promising “action, mayhem and unexpected adventures” in southern Los Santos. Intriguing!