Perhaps unsurprisingly for a company that recently faced bankruptcy, highstreet retailer GAME has turned to tinned food. What is perhaps more surprising is that it isn’t because the executives are being forced to cook using an oil drum beneath the overpass (let’s face it – the execs never suffer) but as part of a new promotional wheeze designed to get reputable gaming publications to mention their shop in the run-up to Christmas. Damnit. 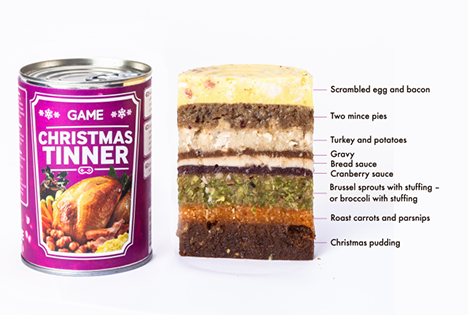 The “Christmas Tinner” is both an above-average pun, and made up of nine layers – all in one tin. From scrambled egg & bacon, to mince pies, to turkey, all the way down to Christmas Pudding at the bottom. Here’s some attractive people lying on their stomachs, moments before realising they’ve got a perfectly serviceable sofa behind them. They’re pictured playing one of those mythical local multiplayer games for Xbox 360. 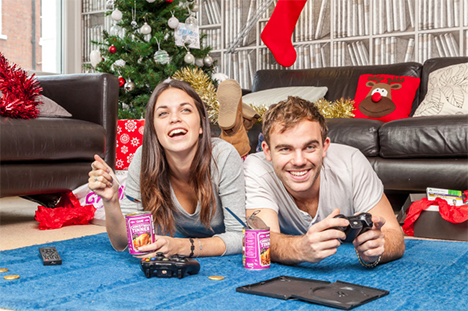 If you’re still wondering “But why Christmas Tinner?” – it’s not because GAME are targeting the “lonely, single men at Christmas” demographic – as purveyors of J-RPGs they’ve already got that sewn up, but because “‘It’s the ultimate innovation for gamers across the nation who can’t tear themselves away from their new consoles and games on Christmas Day – the first all-in-one festive feast in a tin.” – according to a quote made up by their PR company.

Whether the Christmas Tinner will actually make it into stores remains to be seen. But even if it doesn’t exist, you’ve probably still got a better chance of getting one this side of Christmas than you have a PS4 or Xbox One.