Players firing up Call of Duty Ghosts could be greeted by a familiar scene, if new evidence uncovered by one YouTuber is anything to go by – it seems that they’ve reused the ending of Modern Warfare 2 for the beginning of Ghosts. 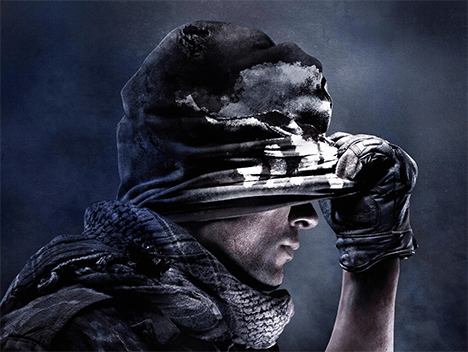 In the video, which was reported by Videogamer, it shows side by the side the two games – and how the same animation has been used in both. It seems they’ve been caught red-handed.

This isn’t the first time similarities have been noticed. Back when Modern Warfare 3 came out, another eagle-eyed player spotted that some 3D building models had also been reused from the original Modern Warfare – as demonstrated in this video.

It’s a running joke in the gaming community how each iteration of Call of Duty is just like the last. When I told a friend of mine that I’ll be reviewing Ghosts (coming soon!), he suggested that I wouldn’t even need to remove the cellophane from the packaging.

Though this said – is re-using stuff really that bad? It seems inevitably that in any sequel the assets from the original game could plausibly be used again. Do players of Arkham Origins really think that the developers have gone back to create a whole new animation of Batman tearing a grate from the wall? Or do Battlefield 4 players expect every bullet sound-effect to be all new recordings of bullets? As long as the game is fun to play, what’s the problem? This said, it would perhaps be wise not to do this en masse and just release the exact same thing time after time. Though this doesn’t seem to have harmed Nintendo.

What do you think about CoD reusing content from previous games? Let us know in the comments!