If you want a phone with a full keyboard then you’re pretty much out of luck. In the space of a couple of years, physical keyboards seem to have gone the way of the dodo. But why is this?

So what physical keyboard phones are available?

Today if you want a physical keyboard the only real options is the ailing Blackberry Q10 – which if you follow the phone industry, is pretty damning. Blackberry are not having a great time at the moment, and have even gone as far as announcing they’re pivoting away from consumer phones and are sticking with corporate contracts. The Q10, which was pretty much a make-or-break gamble though keeping pace spec-wise has failed following complaints of a poor user experience and crucially: lack of apps and support. 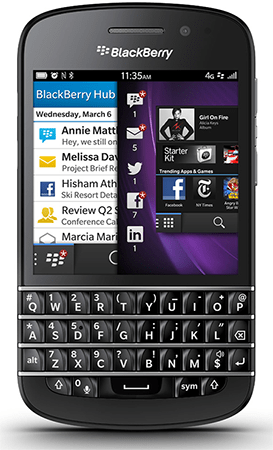 Anyway – what about Android? When the platform was first unveiled back in 2008 the first Android phone, the G1 had a slide-out physical keyboard, as did many competing phones. These days, the only option if you really want an Android phone with a keyboard is the Motorola Droid 4… which is nearly two years old.

The decline in keyboard phones roughly tracks the fall of Blackberry. Again it was only a few years ago that Blackberry seemed like the company to beat when going after the youth market – as BBM provided an affordable way for the kidz to message each other, and you needed an Blackberry to use it. Now though, this has been eclipsed by the likes of WhatsApp, which is like BBM, but works across different platforms – killing the need to own a Blackberry.

More broadly – the trend seems to be people simply do not want keyboards. There’s a limit to how large a phone can reasonably be (whatever ‘phablet’ owners may tell you) – so why take up half the space on the black rectangle with a fixed keyboard at the expense of a larger screen? Why make everything else crappier, just to make typing subjectively easier?

It’s easy to assume that because a full size keyboard on your computer is the fastest way of inputting text, it’ll be the best for your phone. I’d argue this is wrong. On your phone you’re not going to be typing out novels – maybe a few texts and emails, so there’s no need to devote so much device “real estate” to it.

In any case – there are some better solutions than tiny ‘real’ keys. Modern on-screen keyboards are actually pretty good. On Android for example, there are a couple of really great alternative keyboards you can download from the Google Play store.

Swiftkey is essentially a normal keyboard, but it is brilliant at auto-correct – allowing you to mash roughly where the key you need is, and it’ll be good at predicting the rest. How does is it so good at guessing? When setting it up, you link Switftkey to your text messages and emails, so it can see what words you use most often. Brilliant. 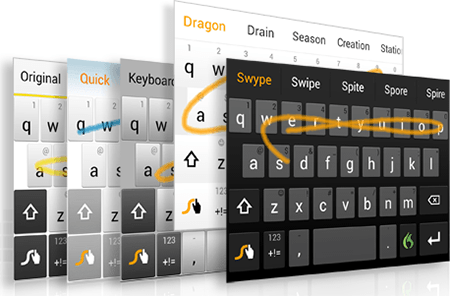 Swype, on the other hand takes a different approach to text input. For this to work, you essentially draw a line between the keys that you want, and by analysing the path it will work out what road you were trying to write. The longer the word, the more unique it’s path – reducing the number of errors.

And if you don’t like typing, then why not try voice input? If you’ve ever used the iPhone’s Siri, it’s really quite astonishing how accurate it is. In addition to translating your words to text, you can also add in punctuation – so if you speak something like “Happy Birthday exclamation mark new paragraph from James” – it’ll have it all formatted correctly. Brilliant.

So could keyboard phones ever see a resurgence?

There’s rumours of a Droid 5 on the horizon but the trend is clear: No one seems to want a phone with a keyboard anymore.

This might seem a bit odd in the face of the phablets – so large that surely there’s room for a keyboard? Maybe, but don’t hold your breath. The future seems to be virtual – though considering the innovation seen with the likes of Swype and Siri, who knows how we’ll be writing our emails in the future?