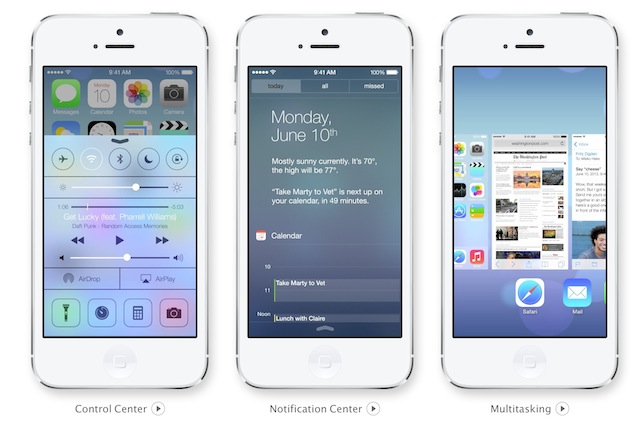 Apple’s lead designer Sir Jony Ive has given a rare interview with USA Today, in which he revealed the speedy turnaround of the company’s latest mobile operating system revamp, iOS 7.

Work began on iOS 7 just back in November 2012, said Ive, an incredibly quick development cycle considering it was ready to show to the world by June 2013, and the fact that it is a considerable revamp for the OS.

The Brit-born knight of the realm’s decision to remove elements of skeuomorphism from the iOS look has been widely praised. Ive explained that, in a world now accustomed to touchscreens, references back to real-world objects in the design now seemed anachronistic.

“When we sat down last November [to work on iOS 7], we understood that people had already become comfortable with touching glass, they didn’t need physical buttons, they understood the benefits,” said Ive.

“So there was an incredible liberty in not having to reference the physical world so literally. We were trying to create an environment that was less specific. It got design out of the way.”

“I think a lot of people see simplicity as the lack of clutter. And that’s not the case at all,” continued Ive.

“True simplicity is, well, you just keep on going and going until you get to the point where you go, ‘Yeah, well, of course.’ Where there’s no rational alternative.”

While Ive gave no indication as to what was coming next from Apple (“I’d lose my job” claimed Ive, should he momentarily become loose-lipped) he did state the new iPhone 5S Touch ID fingerprint scanner was exactly what he loved about working for the Cupertino company; the way they can integrate complicated features in a way consumers will see as seamless.

“This right here is what I love about Apple, this incredibly sophisticated powerful technology that you’re almost not aware of, it absolutely blows me away,” said Ive.

“You can’t get this without working cross-functionally.”