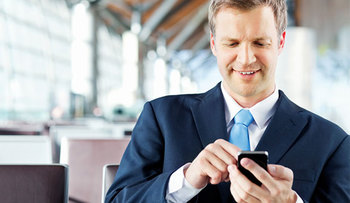 Are the young deserting Apple? Thats the question that’s being posed by mobile phone comparison site, www.mobilephonechecker.co.uk. It has carried out a study aimed at uncovering the age of the average iPhone in the UK and found out that the average age of an iPhone owner has risen by a decade in the last two years.

The study polled a group of 2,083 adult iPhone owners aged 18-65 and asked them to state when they had purchased their first iPhone handset.

Contrast this with the 52% of respondents who had been an iPhone owner for two years or more, where the average age of making their purchase was ‘24.8 years.

Interestingly when asked if they were planning on extending their iPhone contracts after their existing ones had expired, 66% of people aged 35 and over said ‘yes’; while just 42% of those aged 18-34 said the same.

Of the younger group 42% of respondents said they were going to swap the iPhone for a Samsung while 26%, claimed ‘It’s too expensive to keep up the payments on my iPhone contract.’

Adam Cable, Director of MobilePhoneChecker.co.uk, made the following comments on the results of the study:

“I am not particularly surprised at the rise in the average age of the iPhone owner over the past two years. I have even noticed that my parents and many of their friends are now proud iPhone owners, obsessed with downloading iTunes and apps, and engaging in social media more than ever.”

“This, along with the expense of keeping an iPhone, may explain why many of the younger iPhone owners polled in our study are considering switching to another make of mobile phone once their current contracts run out, despite the recent announcements surrounding the release of the more economical upcoming iPhone 5C.”

So what do you think?

I am guessing that this survey was undertaken before the launch of the Apple iPhone 5S and 5C, which will certainly attract some younger buyers. It will be interesting to monitor those iPhone sales figures in the next few months.