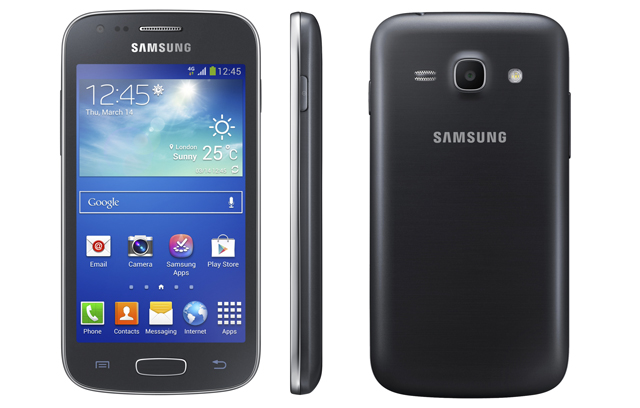 A 4-inch device running at a lowly 800 x 480 resolution and powered by a 1.2GHz dual-core processor, the Android 4.2 Jelly Bean handset manages to squeeze in a few of its pricer sibling’s more interesting software features.

Top of that list is the S Translator app, letting globe trotters travel with the peace of mind knowing their only an app away from knowing the local lingo. There’s also the S Travel app for information on locations around the globe, the Smart Stay feature that preserves battery life by dimming the screen when your not looking at it and S Voice voice-activated commands.

LTE connectivity is also supported by the handset, with 8GB of internal memory up for expansion over microSD. A 5MP camera sits on the rear.

No pricing of launch info available at the moment, but expect it to be one of the more affordable LTE phones out there.