Nothing sells a Nintendo games console like a new Mario title, and there’s nothing Nintendo need more now than to sell more Wii U consoles. But rather than playing it safe and putting together a “Super Mario Galaxy 3” title, Nintendo’s first 3D HD outing for Mario on the Wii U is instead a semi-sequel to the 3DS handheld’s Super Mario 3D Land, called Super Mario 3D World.

And that’s no bad thing – the 3DS outing was a breath of fresh air for the franchise, and with the Wii U’s added processing grunt, Super Mario 3D World totally won over the Tech Digest team. The Wii U may be about to get another much-needed must-have title. 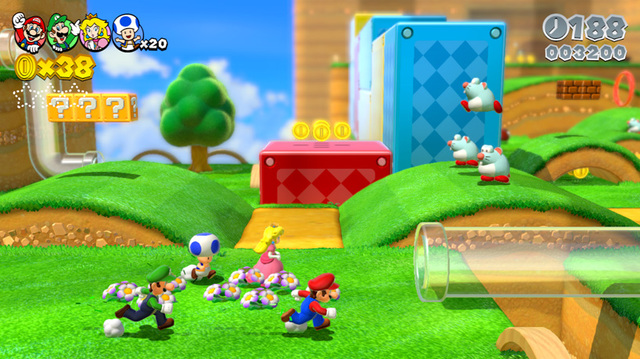 Played primarily from a dynamic isometric perspective, Super Mario 3D World actually feels more like a game bridging the gap between the Galaxy titles and the afore-mentioned 3DS adventure. While there’s still the time-attack focussed stages race-to-the-finish level design, Mario has the full complement of his 3D moveset here, from crouches to long jumps.

But its not just Mario along for the ride. At the beginning of the five demo stages we tried at yesterday’s hands-on event, we oculd choose to play as either Mario, Toad, Luigi or Princess Peach. Sound familiar? That’s because it is – the oft-overlooked Super Mario Bros. 2 let you do just the same, and just like that title, each character handles slightly differently. Mario controls just how you’d expect, but Luigi has a fluttering lingering jump that stretches slightly higher, Peach can float for a more delicate and directed landing from onto platforms and Toad (the weakest jumper of the four) is the fastest on foot. 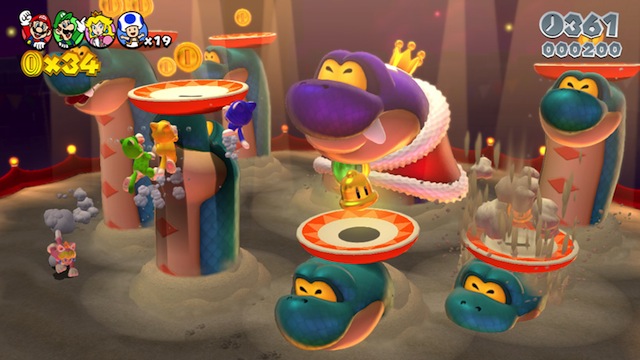 This ties into the game’s manic multiplayer modes. Each level can be played with up to four pals simultaneously, across Wiimotes and the Wii U gamepad. Like the New Super Mario Bros titles, you can either approach each level competitively or co-operatively, launching each other up to out-of-reach areas or (as I sneakily did to a fellow journalist) over the edge of a ravine, towards their doom.

It’s gleeful fun, and well suited to the spacious 3D levels on show here. Whereas the 2D multiplayer Mario platformers feel like bunched up chaos, the extra space afforded in Super Mario 3D World’s more expansive levels allow for a more considered multiplayer approach, with each player afforded the option to take alternative routes to each other in many cases. It feels a more natural multiplayer fit. Competitive players can enjoy chasing higher-scores than their competitors, delivered at the end of each stage and ranked based on number of coins collected, enemies defeated and secrets found. 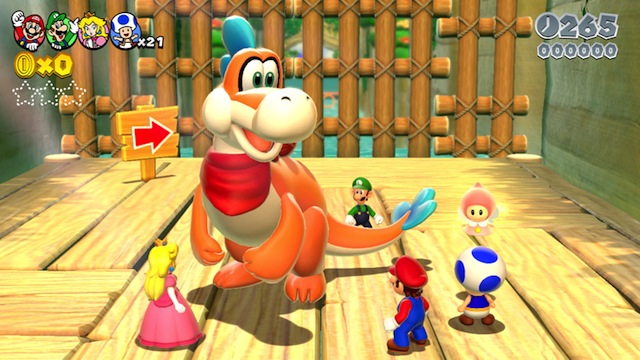 Co-operative sections of levels also seem more cleverly designed. Bouncing off a string of enemies simultaneously with pals may trigger a secret to appear, as will lighting up a number of trigger pads together. There was even an entire level where players get to ride on a giant Yoshi dinosaur and hurtle down some river rapids – in order to avoid the routes many traps, players need to jump and turn in tandem to steer the dino-boat.

Visually, Mario has never looked better, with the game mining 30 years worth of Mario titles for inspiration. The block-like level design is most reminiscent of Super Mario 3, albeit rendered in 3D.

There are however a number brand new additions added into the mix. Firstly, there are now transparent warp pipes to jump into, often with multiple exit points and routes to take. You’ll see Mario and co sucked around these pipes, and you’ll need lightning-fast reactions to steer the gang out of the right exit point, as well as guiding them towards coins and power-ups within the pipes, and away from enemies lurking inside. 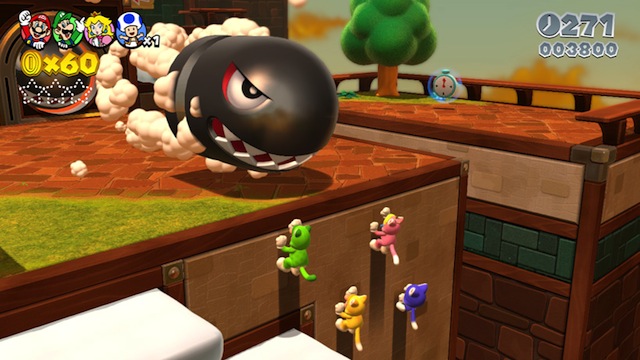 Then there’s the Cat Suit, which seems to be the main new power-up for the game. It plays into the added sense of verticality among the levels, and gives Mario and friends the ability to pounce, run a little faster, slash with claws and run up walls. It controls intuitively and is great fun to use, and will likely be the weapon of choice for those looking to speed-run through levels.

If there’s a problem anywhere, it’s potentially with the game’s perspective – whereas the 3DS cousin of this game had the handheld’s depth effect to help judge jump landings, it can be quite easy to misread distances and landing spots, leading to some unnecessary, frustrating falls. A little tweak to each character’s shadow to help better judge landing spots would be a quick and easy fix for this ahead of release. 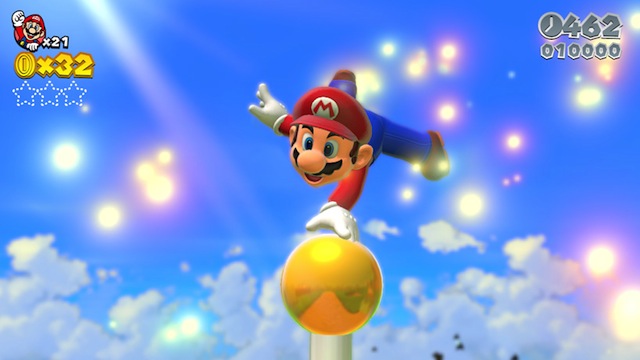 We’re incredibly excited about Super Mario Bros 3D World, easily our favourite title in Nintendo’s winter release schedule. The Super Mario 3D World release date is pencilled in for some point in December 2013, and we’ll look to bring you a full review closer to release.