Running out of lions to name their desktop OS after, Apple have used WWDC 2013 to reveal OS X Mavericks, the latest operating system version for their Mac and MacBook computer line-up.

Introducing Finder Tabs, a set of Finder windows can be grouped together into tabs, with different locations and view modes. It works much the same as tabs within a web browser do. With fullscreen support, Finder Tabs also supports tags, lettings you assign identifiers to files and documents, which then offer an alternative way of searching in the finder sidebar. Tags work across both locally stored files and those housed in iCloud.

Menus can now spread across multiple displays too, bringing the OS X Dock with it, and Spaces can pan independently, allowing an AirPlay connected TV to become a fully-fledged extra display. In other words, wireless displays are in on OS X, and genuinely useful. Each separate display can support fullscreen apps.

Maverick will also compress inactive apps into memory. The technique provides 1.4x performance improvement over Mountain Lion, even with an SSD. Paired with a new “App Nap” feature, system resources will be more readily accessible to your currently active apps.

Safari too gets an update. As well as new sidebar with bookmarks and a scrolling Reading List, there will be a new integrated Shared Links feature, offering up links suggested by pals through LinkedIn and Twitter. No Facebook support here though.

SunSpider benchmarks put the new version of Safari at 1.44x faster than Google’s Chrome, and uses one third the resources of Firefox.

iCloud Keychain will also speed up browsing, remembering all website logins, passwords and Wi-Fi networks and their passwords too, synced across all systems and 256-bit AES-encrypted. Credit card details can optionally be stored too, but not 3-digit security codes.

Push notifications jump from iPhone to Mac too. The Notifications centre will now allow you to reply to a Twitter message directly, and you can also delete emails in the notifications sidebar too.

Skeuomorphism in the Calendar app is out, favouring a flat look, as well as offering previews of appointments that will give a preview of location and what weather to expect. 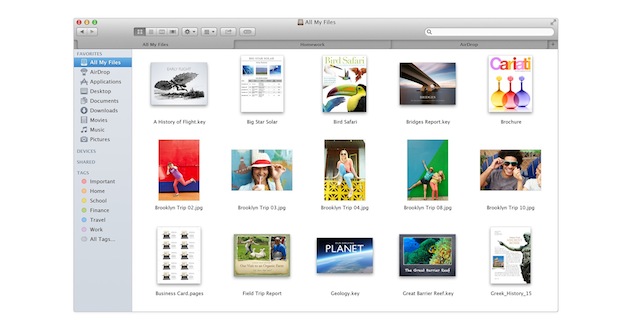 iBooks will also now be available on Mac, offering 1.8 million books to desktop machines, as will the much-maligned Apple Maps service, complete with 3D flyover views.

“The Mac business has out-paced the PC business for several years now,” said CEO Tim Cook, revealing that the iMac is the number one desktop computer in the US, with 28 million copies of the Mountain Lion OS shipped.

“For us it’s never been about making the most. It’s about quality”.

Available for developers to test from today, OS X Mavericks will be available to all Mac users from Autumn. We’ll bring you more news on the new operating system in the coming days.