You won’t need to see this Stormtrooper toy’s identification, as it’ll be a direct replica of your own ugly mug!

Disney’s Hollywood Studios is offering visitors the chance to put their own face on a 3D printed Star Wars Stormtrooper figurine for $99.95 (about £65) as part of its annual Star Wars Weekends event.

Disney uses high quality single-shot technology to create a 3D rendering of the would-be Stormtroopers head in just ten minutes. Those who take part will then receive a 7.5-inch model in the post roughly two months later.

Running during the weekends between May 17th and June 9th, Disney are also opening last year’s Carbon-Freeze Me experience again, popping visitors into a carbonite casing like the one that trapped Han Solo in The Empire Strikes Back. You can check it out below. 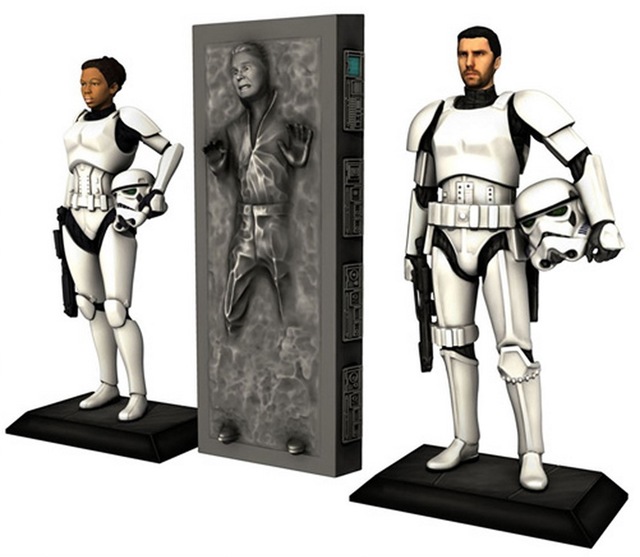