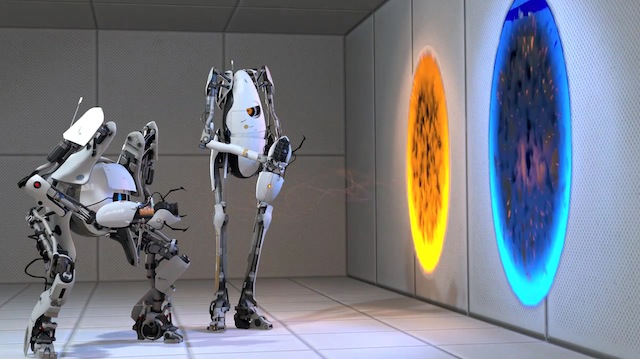 It’s not just bigger worlds or more realistic graphics that Half-Life developers Valve are aiming for with their next-generation games, but also whole new ways of playing. The company behind the Steam PC digital download gaming platform are also looking into implementing biomteric monitoring into their titles, as well as novel new control schemes.

The latest experiments being conducted in their testing labs include monitoring sweat levels of gamers whilst playing intense games. Speaking at last week’s NeuroGaming conference and expo in San Francisco Valve’s in-house experimental psychologist Mike Ambinder discussed a modified version of Left 4 Dead that saw the game adapt in relation to the player’s sweat levels.

Reading perspiration as a measure of excitement, Ambinder’s team created a scenario where a horde of the game’s zombies had to be defeated in a set period of time. If a player stayed calm, the clock would count down slowly, but if they became excited, the clock would tick away at a faster rate.

Ambinder also revealed that a version of Portal 2 has been made that is controlled with the player’s eyes: “It’s still experimental, but it worked pretty well, and we were pleased with that,” he noted.

It’s not clear yet when (or even if) we’ll ever see this features hit Valve’s games, but it’s certainly exciting to see the company looking beyond usual gaming conventions. With the company’s Steam Box gaming consoles expected to land later this year, unique features like these could set them apart from next-gen rivals like the Xbox 720 and PS4.

Scroll down for a clip of Mike Ambinder, speaking at last week’s NeuroGaming conference: