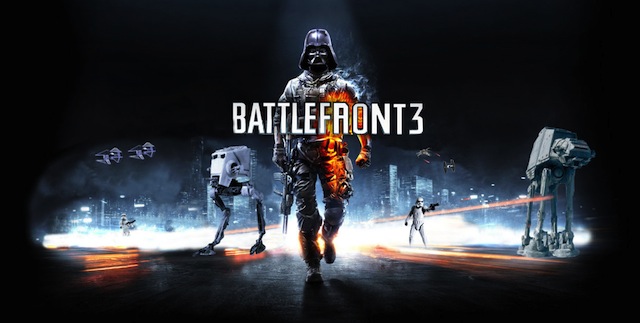 EA have announced the creation of a new LA-based arm of developers DICE, the studio responsible for Battlefield 4 and its predecessor, revealing that the new DICE LA team will focus on the publisher’s newly-acquired Star Wars license and sparking rumours that the cancelled Star Wars Battlefront 3 game could still live on.

Speaking to The Wall Street Journal, DICE head Karl-Magnus Troedsson stated that the studio would not be adverse to picking up and working on existing Star Wars gaming properties, as well as developing brand new experiences in George Lucas’s sci-fi universe.

Troedsson seems to be referring to the cancelled Star Wars Battlefront 3 game, originally being worked on by UK studio Free Radical (now Crytek UK) before Lucasarts cancelled the project ahead of the giant Disney buyout of all Lucas-related properties. Alpha build footage of the game leaked online last year, capturing the imaginations of gaming Star Wars fans and crushing their hopes when it soon became clear the game wouldn’t see the light of day.

DICE LA, made up of members of the DICE Battlefield team and fellow EA studio Danger Close’s developers (themselves responsible for the recent Medal of Honor titles) would be expertly positioned to continue the Battlefront franchise, considering it was itself in many respects a Star Wars spin on the class-based shooter model popularised by Battlefield.

The last Battlefront game, Star Wars Battlefront 2, came out in October 2005 for the PlayStation 2, PSP, original Xbox and PC.

As well as revealing the studio’s Star Wars focussed direction, Troedsson also suggested that DICE LA would be looking to tempt staff from rival LA-based studios Infinity Ward and Treyarch (the teams behind the Call of Duty games) to their stable.

“There is an extreme talent pool over that we want a part of. It’s no secret that our main competitor is there,” said Troedsson.