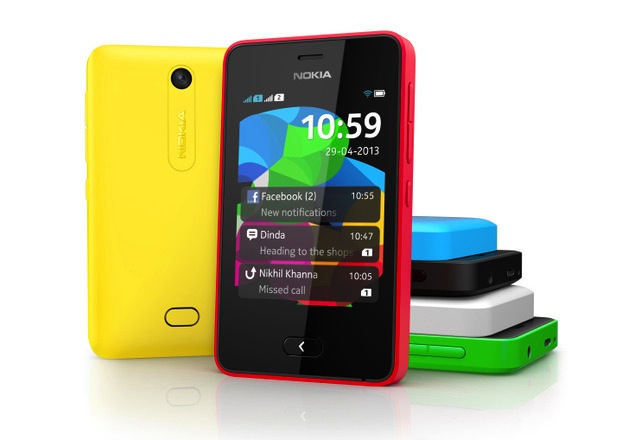 Nokia have launched a new budget smartphone, the Nokia Asha 501, and with it comes the new Asha operating system.

A pint-sized device measuring just 99.2 x 58 x 12.1mm and with a 3-inch 320 x 240 touchscreen, it’s a budget handset aimed at the entry level market and emerging markets. Instead of using the Windows Phone OS, Nokia have opted to launch a brand new operating system alongside the handset called Asha, with a keen focus on social media and sharing.

Check out the OS in action in this video of the new device:
Though cheap, the Asha 501 has some decent specs, including a 5MP camera and a choice of single or dual-SIM options. 128MB of onboard memory, alongside the low-res screen, betrays it’s budget orientation, though a 4GB MMC card is included, with the option to swap in a 32GB card instead. No processor of battery capacity details have been shared, but Nokia are quoting standby time of 48 days and 17 hours of talk time.

Pre-installed software will include a bespoke Facebook (who have partnered with Nokia to promote the device, with time spent using Facebook’s mobile services not being charged to any data plan) and Twitter app, as well as an instant messaging client and Weather Channel apps. Gaming titles, courtesy of Gameloft, will also come pre-installed and include Big Little City and Real Football 2013. EA are also offering a deal with the phone, offering owners the option to download any of 40 free games up for download through the manufacturers store.

Costing $99 and available in black, green, white, blue, red and yellow shades, expect to see the phone hitting UK stores at the end of the summer, with India the first territory to get the phone from next month.