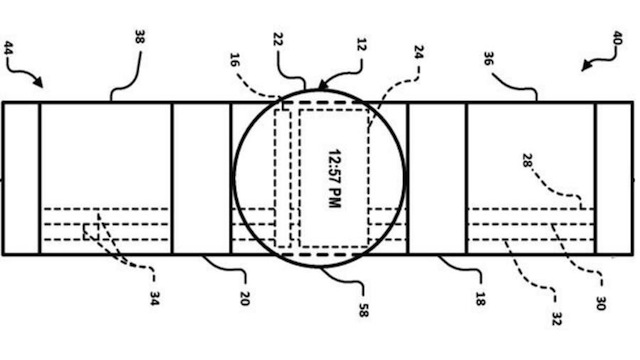 Google Glass appears to be not the only wearable tech project Google are working on, with a new patent for a smartwatch from the search giants being unearthed today.

Titled a “Smart-watch with user interface features” by the USPTO patent, it looks like Google will be looking at ways to combat any potential iWatch threat that Apple may be putting together.

The patent shows a few details of what Google may have planned for such a device too.

Recognising that it’s “a platform with limited space available for user input”, the patent outlines a watch with two touchpads sat either side of the display face, allowing for ambidextrous comfortable operation of the wristwatch, no matter what hand it sits on, much like the button-flanked Amazon Kindle eReader with keyboard.

Another obvious feature would be to pair the watch with Google’s Glass headset, allowing control of the button-shy specs to be handled by the watch. However, given gesture based apps like wink-photography-capable Winky now hitting the head-mounted platform, perhaps such additional hardware will be superfluous to Glass’s needs.

With Glass already confirmed to support Android, pairing the specs with a smartphone or a wrist-based connected device makes sound sense though. Expect to see a crossover device like this to land alongside Glass before long.