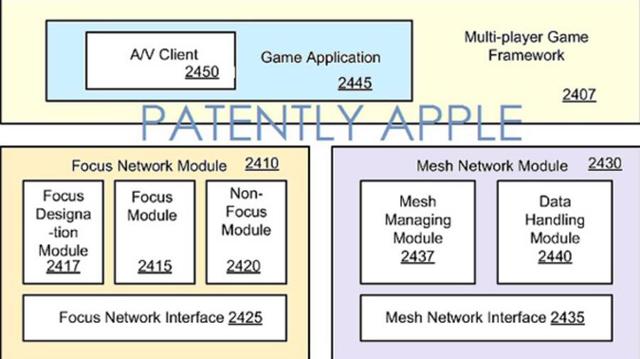 Apple have filed yet another gaming-focussed patent, this time focussing on multiplayer gameplay.

One of 42 other patent successfully filed this week with the U.S Patent and Trademark Office, it depicts a system that would allow gamers to initiate in-game chat calls. Though there’s no specific mention of FaceTime video calling, the patent does allow for cross-platform gaming chat, allowing for gamers to chat with pals on Mac computers as well as iPads and iPhones, or any other iGaming device Apple would care to include it in.

“[Gamers] will be able to use chat, video and other forms of communication while gaming with their buddies.”

Does this confirm Apple’s long-rumoured entry into the dedicated gaming hardware? No, but it’s interesting in that it shows Apple are seriously investigating gaming avenues. It’s unlikely we’ll see a dedicated Apple gaming console anytime soon – why would we need one when the App Store and iDevices are already doing a roaring trade?

What we really need is a chat system like this integrated into iDevices along with a standardised game controller for iPhones, iPads and iPods, allowing developers to integrate standard control schemes along with touch options. With a controller standard set, Apple already have all they need in terms of hardware (already in millions upon millions of households, no less) with which to..ahem…”up their game”.