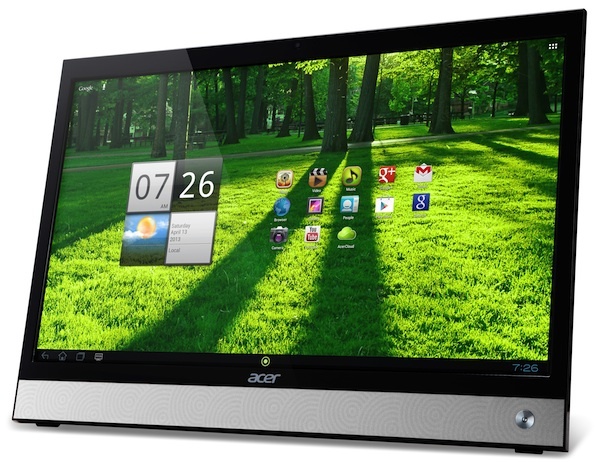 Despite the Windows 8.1 update sitting just over the horizon, Acer have opted to equip the forthcoming all-in-one with Android, an operating system usually the reserve of mobile phones and tablets.

Packing in an Intel Core i5 3GHz processor from the company’s brand-spanking new Haswell generation, the AIO will feature only 1GB of RAM, with storage options beginning at just 8GB. In this regard, the PC seems more like a desktop-sized tablet, though Acer are expected to market it as every bit the desktop alternative.

So what, if any advantages are there to this machine over a standard Windows AIO? Most notably price; Acer are expected to sell the machine for as little as $400 (£262), making it one of the cheapest desktop computing offerings on the market.

It’s an intriguing direction for the manufacturer to take. We’ll bring more details on the machine as we receive them.