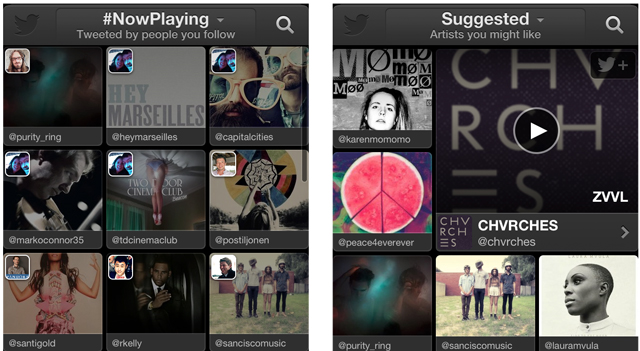 The app allows users to discover new artists and songs by offering recommendations based on the people the user follows on the social network.

The app, which has been built with help from the team of recently-acquired and now-defunct We Are Hunted music discovery service, is set to launch on the iPhone later today in the UK, Ireland US, Canada, Australia and New Zealand. More countries will get the service in the coming weeks. 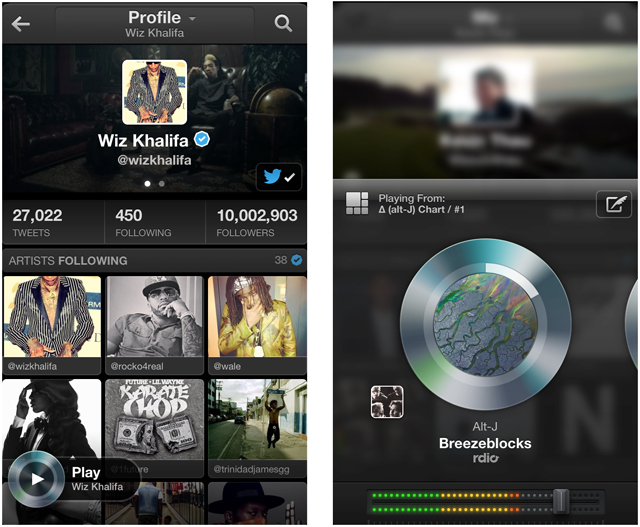 So far however there is no word of support for Android, Windows Phone or BlackBerry platforms, though one would expect that an Android version at the very least is in the works.

“[#Music] uses Twitter activity, including Tweets and engagement, to detect and surface the most popular tracks and emerging artists,” said Twitter’s Stephen Philips on the company blog.

“It also brings artists’ music-related Twitter activity front and centre: go to their profiles to see which music artists they follow and listen to songs by those artists. And, of course, you can tweet songs right from the app.”

Twitter’s move can be seen as a response to Facebook’s partnership with Spotify, which saw the world’s biggest social network offer deep integration with the music streaming service, letting users share and like songs displayed on the network’s Timeline. Likewise, Spotify are gradually rolling out an artist following system on their music streaming app, keeping users locked into their platform as opposed to social networks for artist recommendations.