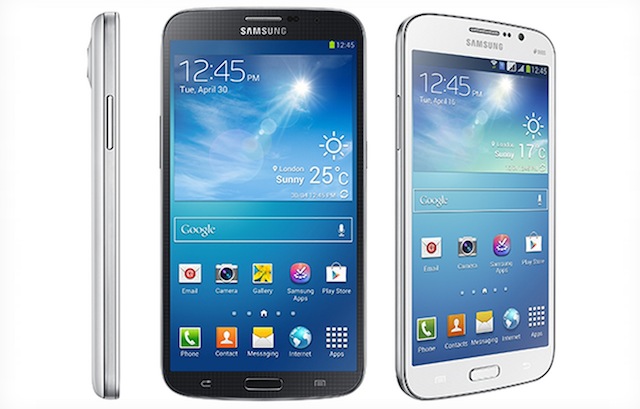 We thought, no, we hoped, it couldn’t be true, but Samsung have now officially lifted the lid off of the two rumoured giant Samsung Galaxy Mega phones. Coming in 5.8 and 6.3 inch sizes, they’re among the biggest smartphone money can buy, and dwarf even Samsung’s own oversized 5.5-inch Galaxy Note II handset.

Under the hood both could however be classed as low-to-mid range phones.

The 5.8-inch model drops the resolution to qHD and the processor to a 1.4GHz dual-core processor, with 8GB of storage and HSPA connectivity.

Both models have support for microSD expansion, run Android Jelly Bean 4.2 and have an unusual 1.5GB of RAM. Select Samsung Touch Wiz UI features such as Air View and Pop-Up Play will also be featured in the new handsets.

No pricing yet, but a European-wide release is set for May. Whether anyone really needs smartphones big enough to be verging on tablet territory is a matter of taste, but something tells us Samsung may have gone just a bit too far this time.