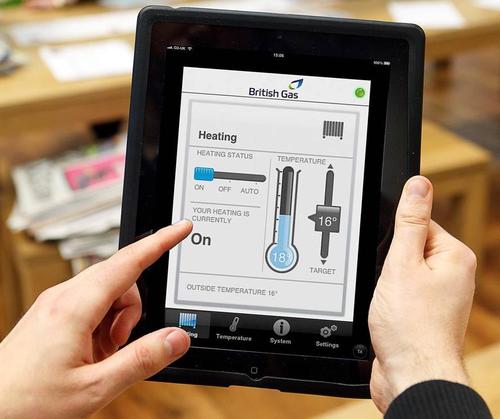 British Gas has come up with a complete solution to control your home’s heating using a mobile phone or web tablet. But is it worth the investment? Or should you stick with your old fashioned thermostat. Read on to find out.

With energy prices going through the proverbial roof the need to be able to control your home’s heating has probably never been greater. British Gas has a solution which unfortunately doesn’t involve putting the price of our bills down, but could potentially revolutionise the way we interact with our central heating.

It’s called Remote Heating Control and is intended as a complete control solution for both British Gas and non British Gas customers (those without a British Gas contract will have to pay £30 more). Part of the reason for the cost is that you will need to book an engineer to install a new Smart Linked Thermostat and a hub that connects to a spare ethernet port on your broadband router (you need to have an always on broadband connection for the system to work). 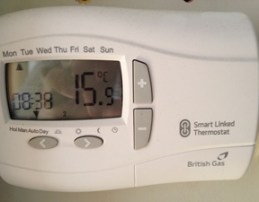 Whereas previously I had an old fashioned dial-based thermostat in the hallway which I used to control the temperature I wanted the house to reach before the heating switched off, the Smart Linked Thermostat (pictured right) provides more information than you can shake a stick at.

This includes the temperature you want the house to reach, the current temperature (to the nearest tenth of a degree), current time and a whole host of other controls that, frankly, I couldn’t figure out how to access without a manual which unfortunately wasn’t provided. In fact so complex is the thermostat that I found myself having to use my mobile phone to control it – even when I was inside the house!

Of course the whole point of the heating control system is that it works with an Android or iPhone mobile or tablet device so you can set when you want the heating to come on or off as well as using it to over ride the preset controls. Unfortunately the system can’t be used to control your home’s hot water which would have been useful for setting when you want more water for a bath or shower. Nor does it integrate with the gas provider’s unit costs to show you exactly how much money you are spending on heating your home. Again I think this would have been a very useful addition. 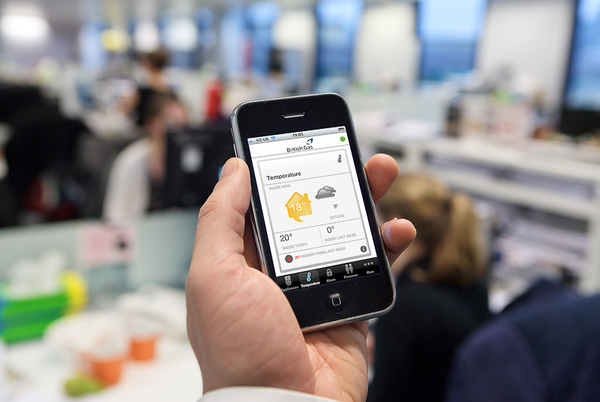 So how easy it is to control your heating system remotely? Actually it’s fairly easy once everything is set up. For advanced control (ie. to set the exact times for each day when you want the heating to go on and off), it’s best to use your PC by logging in at myHome.britishgas.co.uk. Here you’ll find a relatively easy to use graphical interface complete with slide controls for adjusting times. You can also use your PC to monitor temperature fluctuations in your house over a period of time so you can see if you are managing to keep your house warmer or not (see graphic on the right).

But really that’s not a problem. Given the recent poor weather the heating has been set to come on most afternoons and stay on until bedtime. On the odd occasion when it has been too warm for the heating I’ve switched it off using the slider option on the iPhone app.

Conversely, if I’ve been away for a few days and the heating has been switched off, then I set it to come on remotely via the iPhone/iPad app. For example I recently went away to The Gadget Show in Birmingham for a few days over a cold Easter. Using the app I was able to check the temperature of my house in London. Realising that the temperature had fallen to a distinctly chilly 9 degrees, I set the heating to come on five hours before I was due to arrive home so that when I did step in through the front door it was a slightly more respectable (though still cold) 14.5 degrees. 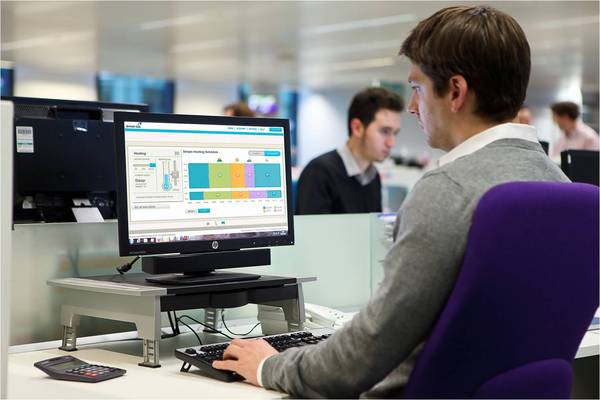 At a time when gas and electric meters are still read manually by a little guy who comes round your house with a pair of stepladders, British Gas should be applauded for their efforts in bringing heating control kicking and screaming into the 21st century. The Remote Heating Control system is a neat solution that works well for those who want to adjust their home’s heating either when they are at home or out and about. However, having lived with the control system for a few months I thought I would use it more than I actually do. Granted it’s great if you want the house to be warm when you come home from a weekend away, but I think it would have been really useful to include more functionality especially the ability to monitor your spending on gas, even allow you to pay your bills remotely. With a price tag of nearly £200 it seems quite an expensive solution for what it does.